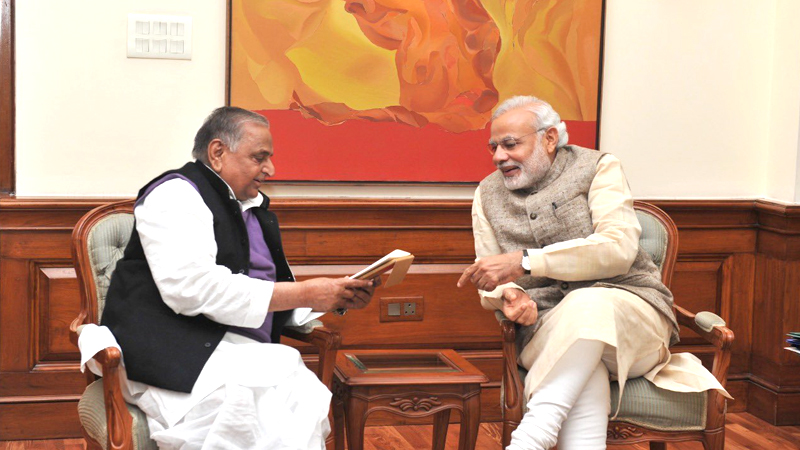 The Prime Minister, Shri Narendra Modi has condoled the demise of veteran politician Shri Mulayam Singh Yadav. The Prime Minister remarked that Shri Yadav served the people diligently and devoted his life towards popularising the ideals of Loknayak JP and Dr. Lohia. Shri Modi recalled the time when Shri Yadav was the Defence Minister and worked for a stronger India. Recalling his close association with with Shri Yadav, the Prime Minister said that he always looked forward to hearing his views and also shared photographs of their meetings. The Prime Minister expressed deep grief on Shri Yadav’s demise.

In a series of tweets, the Prime Minister tweeted;

“Shri Mulayam Singh Yadav Ji was a remarkable personality. He was widely admired as a humble and grounded leader who was sensitive to people’s problems. He served people diligently and devoted his life towards popularising the ideals of Loknayak JP and Dr. Lohia.”

“Mulayam Singh Yadav Ji distinguished himself in UP and national politics. He was a key soldier for democracy during the Emergency. As Defence Minister, he worked for a stronger India. His Parliamentary interventions were insightful and emphasised on furthering national interest.”

“I had many interactions with Mulayam Singh Yadav Ji when we served as Chief Ministers of our respective states. The close association continued and I always looked forward to hearing his views. His demise pains me. Condolences to his family and lakhs of supporters. Om Shanti.”