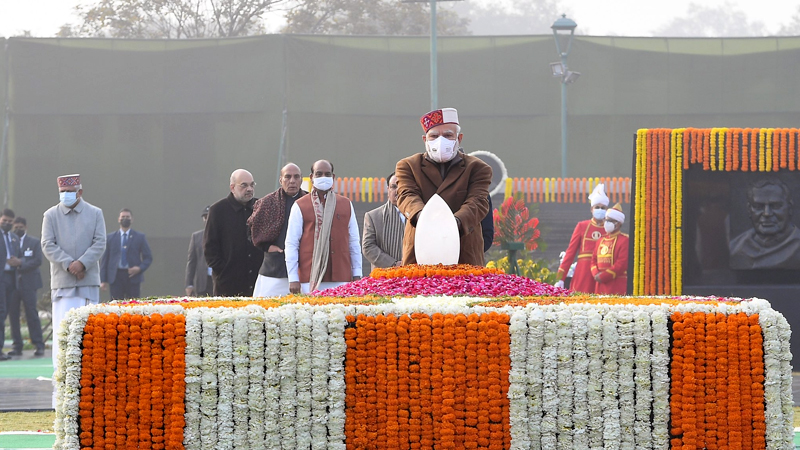 “Tributes to Atal Ji on his Jayanti. His contribution to India is indelible. His leadership and vision motivate millions of people.”