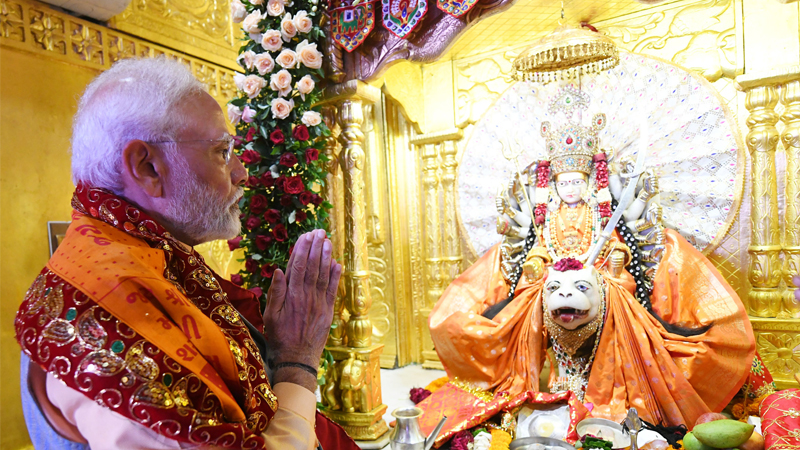 The Prime Minister was accompanied by the Chief Minister of Gujarat, Shri Bhupendra Patel, and Member of Parliament, Shri C R Patil.