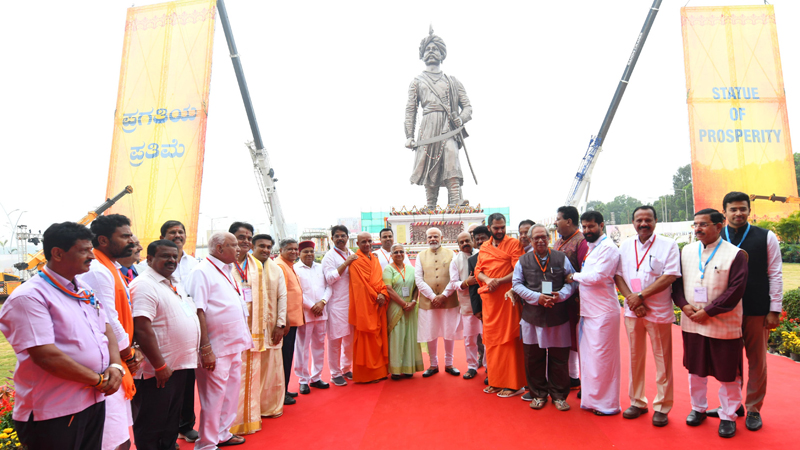 The statue is built to commemorate the contribution of Nadaprabhu Kempegowda, the founder of the city, towards the growth of Bengaluru. Conceptualised and sculpted by Ram V Sutar of the Statue of Unity fame, 98 tonnes of bronze and 120 tonnes of steel have gone into making this statue.

“The role of Sri Nadaprabhu Kempegowda in the making of Bengaluru is unparalleled. He is remembered as a visionary who always put the welfare of people above everything else. Honoured to inaugurate the ‘Statue of Prosperity’ in Bengaluru.”