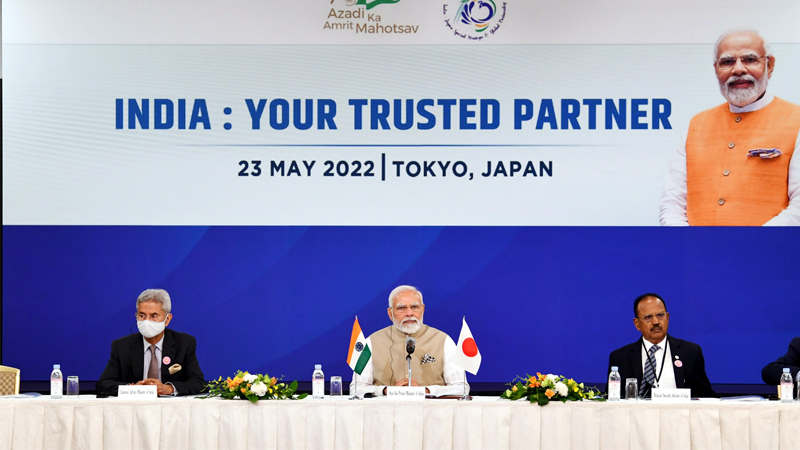 Prime Minister Shri Narendra Modi chaired a roundtable with Japanese business leaders on 23 May 2022 in Tokyo.

Stressing that India and Japan are natural partners, Prime Minister lauded the business community as brand ambassadors of the immense potential of India-Japan ties. Prime Minister said that during the visit of Prime Minister Kishida to India in March 2022, both countries had set an ambitious target of investment of Japanese Yen 5 trillion over the next 5 years. Prime Minister highlighted recent developments in economic ties, such as India-Japan Industrial Competitiveness Partnership (IJICP) and Clean Energy Partnership, among others. He talked about initiatives such National Infrastructure Pipeline (NIP), Production Linked Incentive (PLI) scheme, and semiconductor policy and highlighted the robust startup ecosystem of India.

Prime Minister noted that despite the slowdown in global FDI, India has attracted record FDI of USD 84 billion in the previous financial year. He termed this a vote of confidence of India’s economic potential. He invited greater participation by Japanese companies in India and proposed celebrating Japan’s contribution to India’s development journey in the form of a ‘Japan Week’.