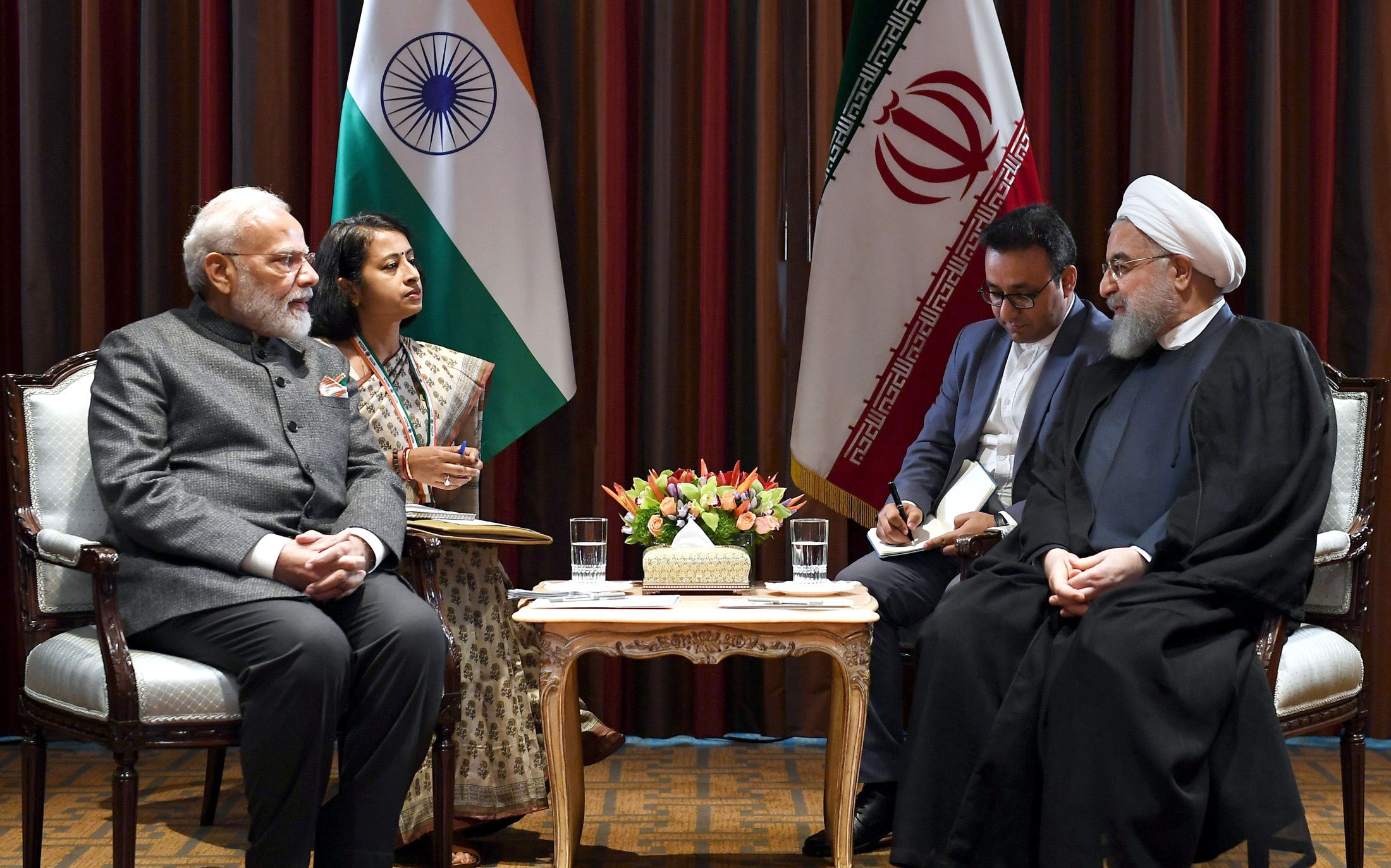 Prime Minister Shri Narendra Modi met the President of Islamic Republic of Iran H.E. Dr. Hassan Rouhani in New York on the sidelines of the High Level Segment of the 74th Session of UNGA . They discussed bilateral relations and exchanged views on regional and global developments of mutual interest.

Noting that India and Iran shared old and civilisational ties, the two leaders positively assessed the progress in bilateral relations since their first meeting at Ufa in 2015. They especially mentioned operationalisation of Chabahar Port and noted it’s importance as gateway to and for the landlocked Afghanistan and the Central Asian region.

Prime Minister reiterated India’s support for giving priority to diplomacy, dialogue and confidence building in the interest of maintaining peace, security and stability in the Gulf region, which is of vital importance for India.

It was agreed to mark the 70th Anniversary of establishment of diplomatic relations in 2020.