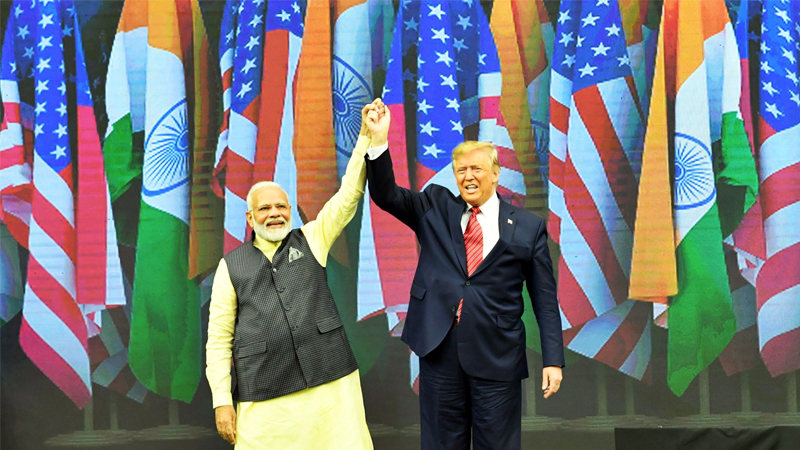 Addressing the ‘Howdy Modi’ event, President Donald J Trump said that Prime Minister Narendra Modi is doing an exceptional   job for India and its citizens. He congratulated the Prime Minister for his unprecedented election victory. Headded that the relationship between India and United states are better than ever.

Hailing Primes Minister’s pro-growth policies, Trump said “India has lifted nearly three hundred million people out of poverty under Prime Minister Narendra Modi’s leadership. That is incredible”.He said that under Prime Minister Narendra Modi’s leadership, the world is witnessing a strong, thriving Republic of India.President thanked the Indian community for their contributions and said that his administration is committed towards the betterment of the community.