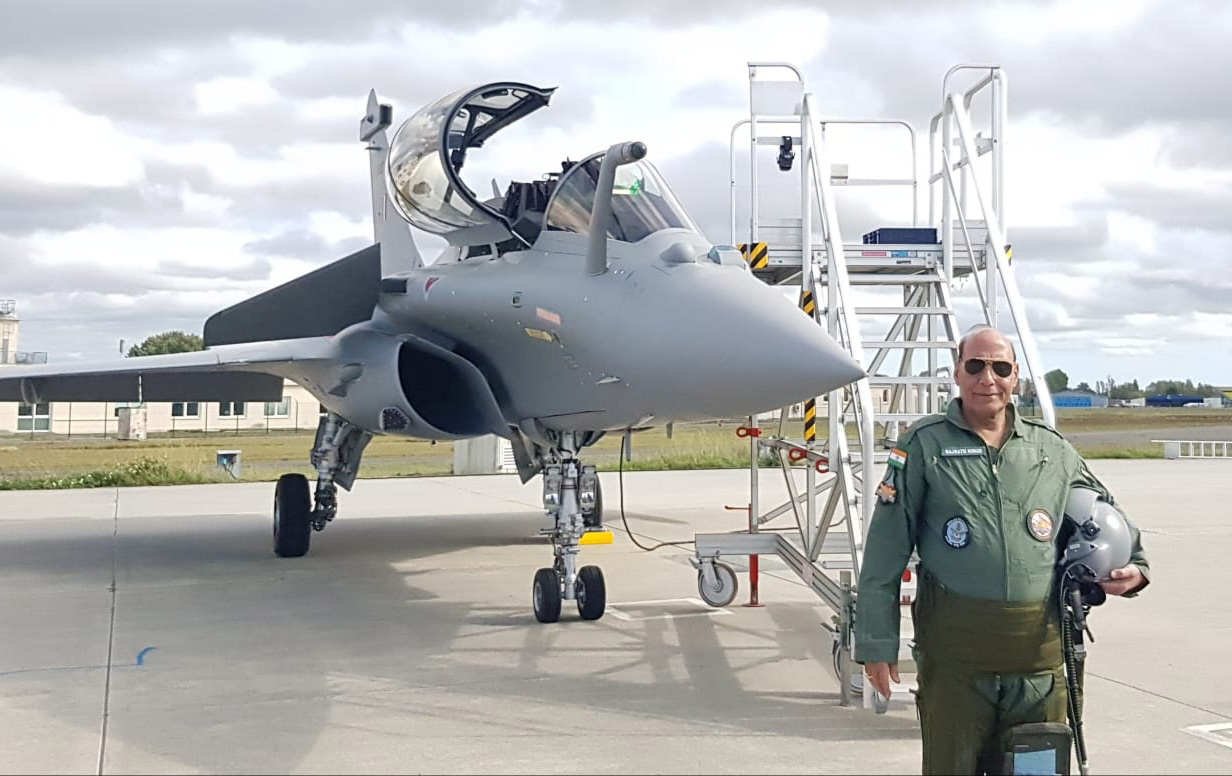 Raksha Mantri Shri Rajnath Singh emphasised on the focus to equip Indian Air Force and enhance its capabilities, saying that the new Rafale will make India stronger and will give a boost to its air dominance exponentially to ensure peace and security in the region. In his address at the Rafale handing over Ceremony in Merignac, France, he said it was a historic and landmark day for the Indian Armed Forces.

Raksha Mantri Shri Rajnath Singh also said he was glad in knowing that a large number of India Air Force officers and airmen are being trained in France for flying, maintenance support and logistics for handling Rafale fighter aircraft and hoped the training in French facilities will help the crew in acquiring knowledge and professional expertise required for performing their task in India.