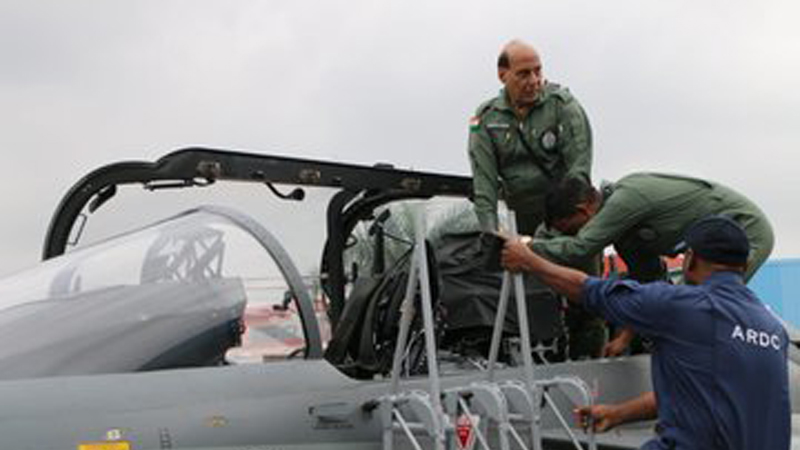 Raksha Mantri Shri Rajnath Singh today flew on familiarisation sortie on the indigenous fighter aircraft LCA Tejas in Bengaluru. In a tweet, the Defence Minister said flying on ‘Tejas’ was an amazing and exhilarating experience. He said Tejas is a multi-role fighter with several critical capabilities and is meant to strengthen India’s air defence capabilities.

Raksha Mantri described his experience of flying the fourth-generation aircraft as ’thrilling and special’. Congratulating HAL, Defence Research and Development Organisation (DRDO) and Aeronautical Development Agency (ADA) for building the multi-role fighter aircraft, Shri Rajnath Singh said demand has been received for ‘Tejas’ from different countries. He expressed pride that India has reached a stage where fighter aircraft and arms & ammunition can be exported to the world.

Tejas, a single engine, delta wing, multi-role light fighter, was designed by the Aeronautical Development Agency (ADA) and is produced by Hindustan Aeronautics Limited (HAL) for the Indian Air Force.