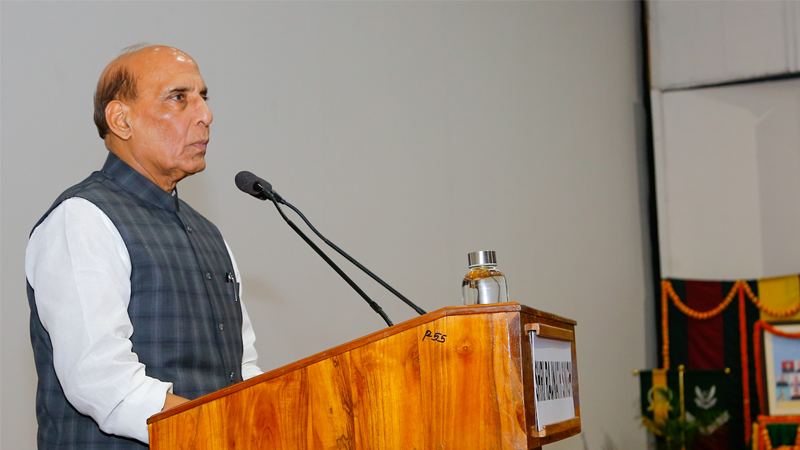 Raksha Mantri Shri Rajnath Singh, on August 18, 2022, felicitated the ‘Veer Naris’ of the Armed Forces personnel, who lost their lives in a recent landslide at Tupul in Manipur. The felicitation ceremony was organised at Bengdubi Military Station in Darjeeling district of West Bengal by Trishakti Corps. Thirty personnel – one officer, three Junior Commissioned Officers and 26 Other Ranks – of 107 Infantry Battalion (Territorial Army) 11 Gorkha Rifles were among the 61 people killed during the tragedy in June. The Raksha Mantri presented cheques of Rs seven lakh to each ‘Veer Nari’. Thirteen soldiers, who got injured in the tragedy, were also felicitated during the event.

During the interaction with the Veer Naris and soldiers, Shri Rajnath Singh paid glowing tributes to the deceased personnel, commending their bravery and dedication. He stated that the Nation will always remain indebted to the sacrifices made by the soldiers. He added that the Government is making sure that financial stability is provided to the families and dependents of the brave soldiers, assuring full support of Ministry of Defence. The Raksha Mantri lauded the Armed Forces for playing an important role in completing the Jiribam-Tupul-Imphal Rail Line Project in a challenging situation. He said, the project is important for meeting the strategic and socio-economic needs of the country.

The Veer Naris and the soldiers conveyed their gratitude and appreciated the initiatives taken by Ministry of Defence and Indian Army to motivate the youth to join the Armed Forces. 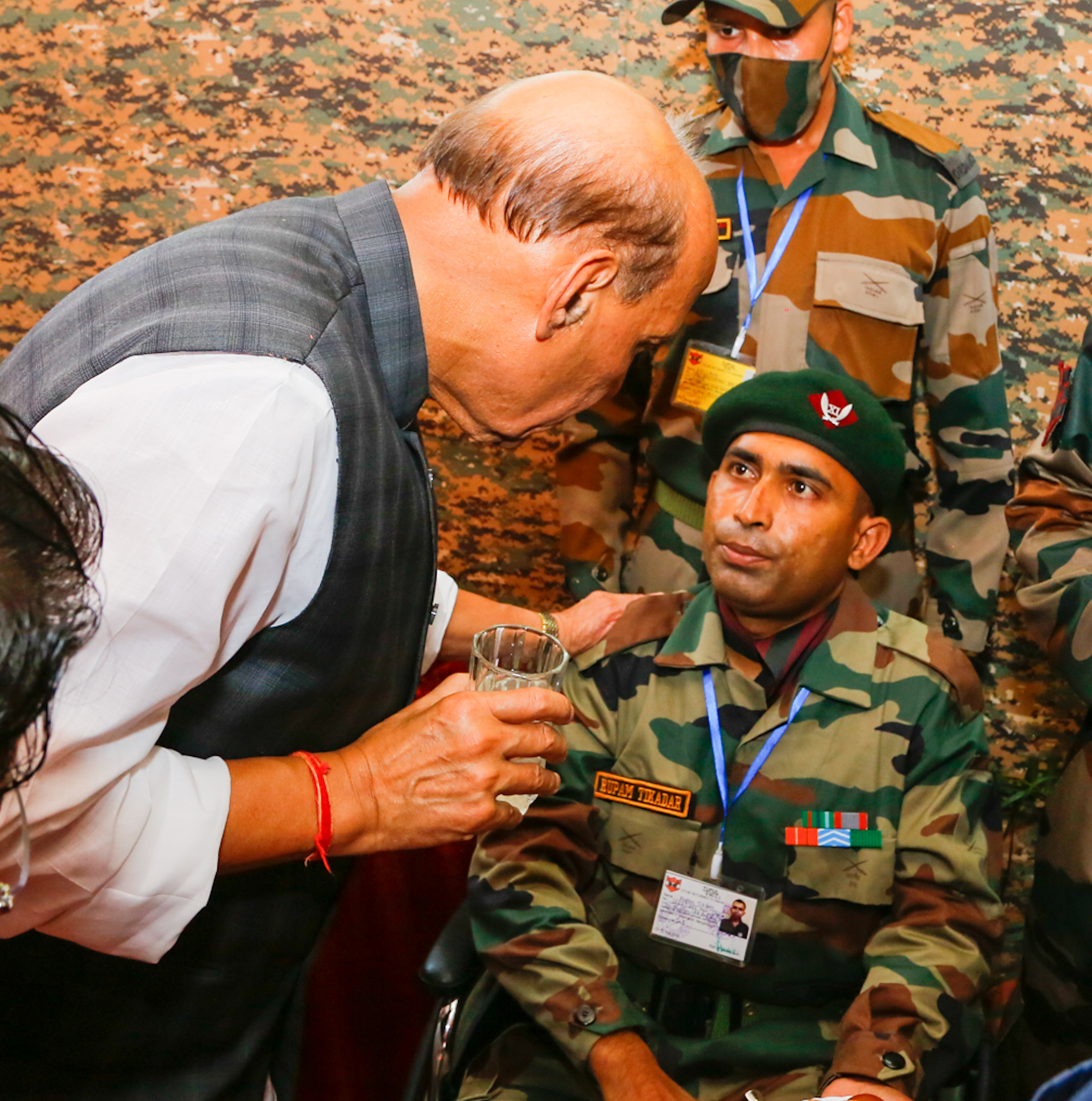