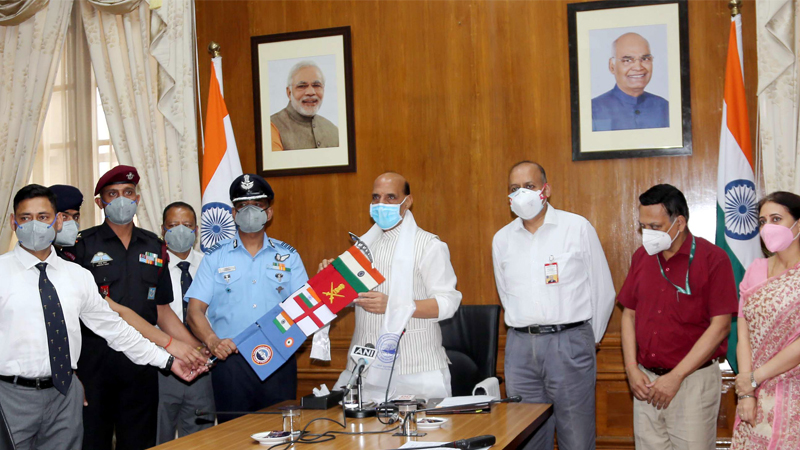 Raksha Mantri Shri Rajnath Singh flagged-in a climb-a-thon organised by Himalayan Mountaineering Institute (HMI), Darjeeling to celebrate ‘Azadi ka Amrit Mahotsav’, in New Delhi on August 17, 2021. The climb-a-thon was organised at four smaller peaks of Sikkim Himalayas from April 20-25, 2021. The climb-a-thon, under the leadership of Group Captain Jai Kishan, was conducted at Mt Rhenock, Mt Frey, Mt BC Roy and Mt Palung, by a team of 125 mountaineers.

The National Flag, measuring 7,500 sq ft and weighing 75 kilograms, was hoisted atop Mt Rhenock at an altitude of 16,500 ft above sea level. The point where the National Flag was hoisted has been named after first freedom fighter from Sikkim, Trilochan Pokhrel, fondly remembered as Gandhi Pokhrel. The feat was recorded as the biggest Indian National Flag hoisted atop a mountain in the Asia Book of Records and India Book of Records. The team also performed a world record 75-hour nonstop Surya Namaskar 2.51 lakh times at HMI, Darjeeling. 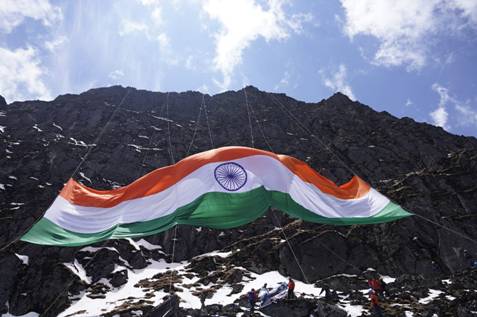 Appreciating HMI for this unique initiative, Shri Rajnath Singh stated that such events will promote patriotism through adventure among the youth. He conveyed his best wishes to the team and released the certificates of participation for the team. 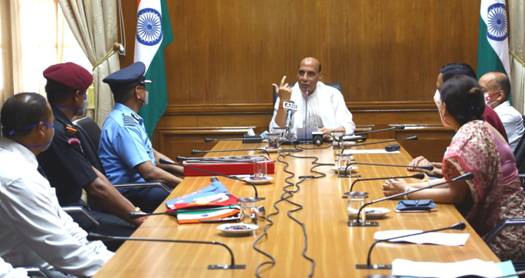 Group Captain Jai Kishan presented the replica of the Indian Flag to the Raksha Mantri. Defence Secretary Dr Ajay Kumar and other senior officials of Ministry of Defence were also present on the occasion. The National Flag is planned to be displayed at different locations across the country, including Statue of Unity in Gujarat on October 31, 2021; National War Memorial/South Block in New Delhi on December 16, 2021 on the occasion of Swarnim Vijay Diwas; Lal Chowk in Srinagar on August 15, 2022; Andaman & Nicobar Islands on March 23, 2022 and Kanyakumari. In addition, the team plans to display the Indian Flag over highest peak of South Pole in January 2022.