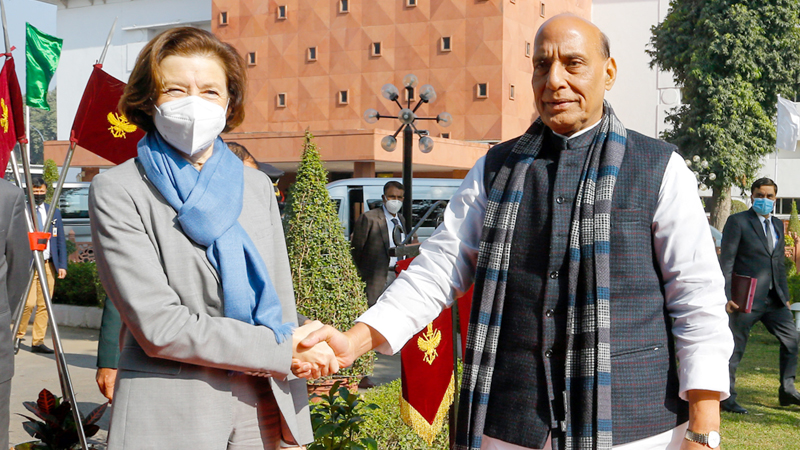 The Ministers reviewed the existing military-to-military cooperation, which has increased in spite of pandemic challenges. They discussed ways to increase defence cooperation in all domains. India and France have recently concluded their annual bilateral Army Exercise, Shakti, with focus on counter-terrorist operations, in France in November 2021. Defence industrial cooperation was discussed with focus on future collaborations and co-production between the two countries.

The Ministers acknowledged their convergences on number of strategic and defence issues. They expressed commitment to work together to enhance cooperation in bilateral, regional and multilateral forums. France is the current chair of Indian Ocean Naval Symposium and shall take over the Presidency of European Union from January 01, 2022.  The two Ministers decided to work closely on a number of issues during the French Presidency.

Earlier, Ms Florence Parly called on Prime Minister Shri Narendra Modi. She is expected to meet with other Indian dignitaries during her visit.