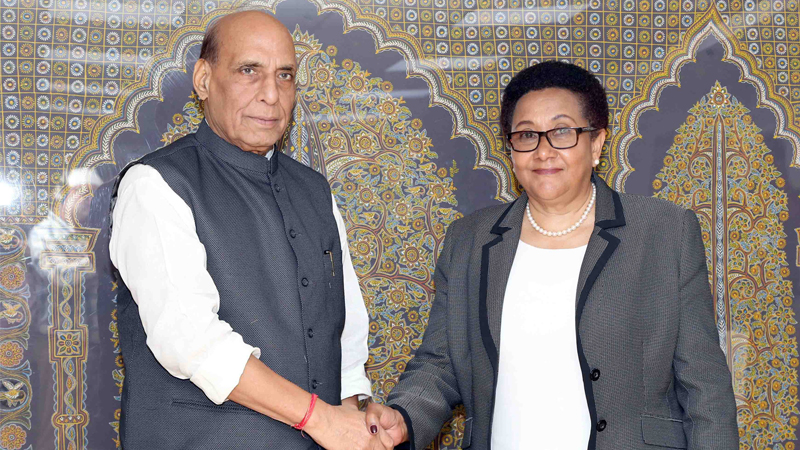 Raksha Mantri Shri Rajnath Singh held bilateral talks with Tanzanian Minister of Defence and National Service Dr Stergomena Lawrence Tax in New Delhi on August 26, 2022. A wide range of issues concerning bilateral, regional and defence industrial cooperation were discussed during the meeting. The two Ministers reviewed the existing military-to-military activities and discussed ways to enhance cooperation in all domains with a focus on defence industry cooperation.

Both the Ministers agreed to the formation of a Task Force to prepare a Five Year Future Road map for enhancing defence cooperation between both the countries and to hold the next Joint Defence Cooperation meeting in Tanzania at an early date. The Raksha Mantri also invited his Tanzanian counterpart to the India-Africa Defence Dialogue and DefExpo which is scheduled to be held in Gandhinagar, Gujarat between 18-22 October, 2022.

Earlier in the day, the Tanzanian Minister of Defence and National Service visited the National War Memorial and paid homage to the fallen heroes by laying wreath at the monument. She was accorded a Ceremonial Guard of Honour before her bilateral meeting with Shri Rajnath Singh.

Dr Tax would be visiting Wargaming Development Centre and Information Fusion Centre – Indian Ocean Region before departing for Hyderabad for interaction with the Indian Defence Industries.