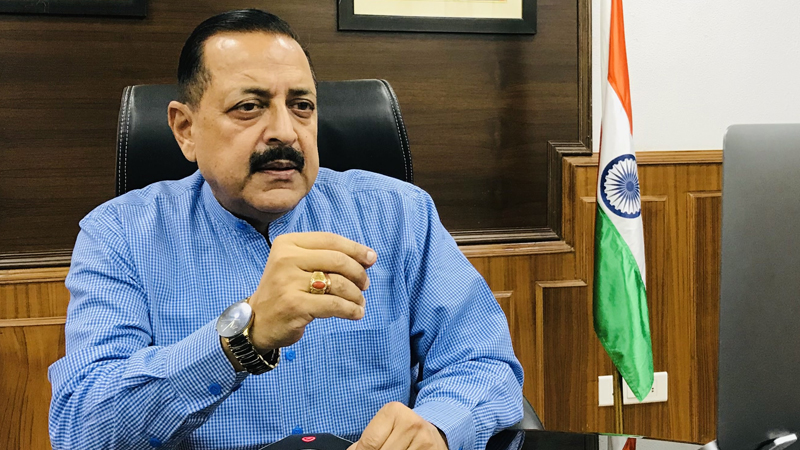 Union Minister of State (Independent Charge) Development of North Eastern Region (DoNER), MoS PMO, Personnel, Public Grievances, Pensions, Atomic Energy and Space, Dr Jitendra Singh today said that Government has decided to extend the payment of provisional pensionup to a period of one year from the date of retirement in view of the pandemic situation. At a meeting held online with senior officers of the Department of Pension and DARPG, the Minister said that provisional family pension was also liberalized. He said that instructions were issued that family pension may be sanctioned immediately on receipt of a claim for family pension and death certificate from the eligible family member, without waiting for forwarding of the family pension case to Pay & Accounts Office.

Moreover, to ensure timely credit of pension in cases, where PPO (Pension Payment Order) has been issued but not sent to CPAO or banks due to lock-down, the matter was taken up with Controller General of Accounts (CGA) to issue necessary directive to CPAO and CPPCs of banks to use electronic modes during the unprecedented situation of COVID 19 pandemic till normalcy returns.

Dr Jitendra Singh also informed that Bhavishya 8.0 was released in August, 2020 and this new feature PUSHES the ePPO in Digi locker as a permanent record. Bhavishya is the first application of its kind to use the Digilocker Id based PUSH Technology.

India Posts and Payment Bank (IPPB) with its 1,89,000 Postmen &GraminDakSevaks under the Department of Posts roped in to collect DLC from home. Approximately 1,48,325 Central Government Pensioners have already availed this facility till now.

DoPPW also roped in an Alliance comprising 12 Public Sector Banks which does “Doorstep Banking” for its customers in 100 major cities of the country for including the collection of Life Certificate also under this service.

DoPPW advised all the Pension Disbursing Banks to adopt the Video based Customer Identification Process (V-CIP) as an additional facility for obtaining a Life Certificate from the pensioners, within permissible RBI guidelines. UCO Bank has become a pioneer in this area.