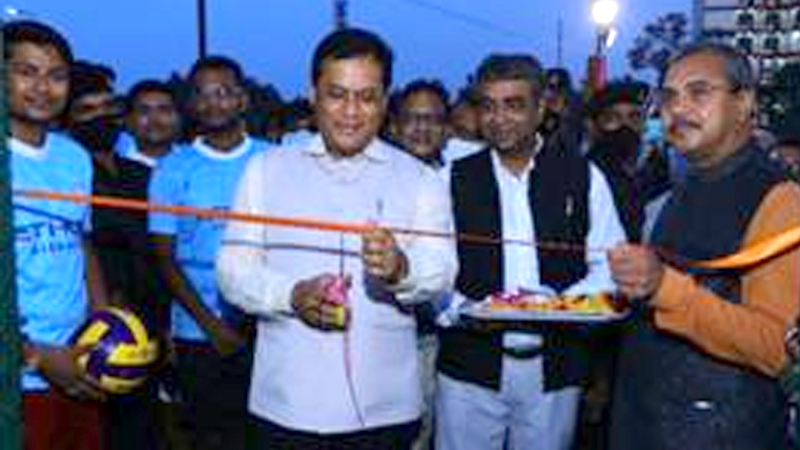 Addressing the gathering he informed about the journey of National Institute of Homoeopathy, Kolkata from 1975 to present day development. He also mentioned that India should reclaim its glory in health and AYUSH sector is one of the gems which should get its place on crown of mother India. AYUSH sector has the capability to show the health-path to all the stake holders around the Globe.

The minister also mentioned that West Bengal is known as the cradle of Homoeopathy and this is the place where Homoeopathy was nurtured and popularised in India. Shri Sonowal further said that Government of India has been according high priority for its development along with our traditional systems of medicine based on their individual strength.  In order to have focused development of these systems and to use them effectively in the healthcare delivery system a separate Department of AYUSH had been established in 1996 in the Ministry of Health & Family Welfare.

On this occasion, the Minister approved the proposal for the construction of new boys hostel with an estimated cost of Rs. 50 crores, construction for new auditorium and Increment of stipend of internees at par with that of Ayurveda. 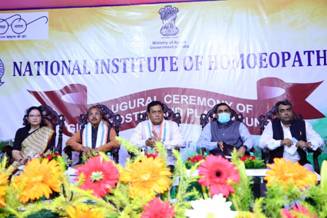 He expressed his happiness to see that the NIH is taking steps to achieve these objectives and thriving to provide quality health care to the patients. Looking at the strengths of Homoeopathy, Homoeopaths should get involved more in promotional and preventive health care along with their curative approaches.

He also mentioned that in the drug manufacturing area the Government have brought the manufacturing and sale of Homoeopathic Medicine under the purview of the Drugs and Cosmetic Act and Rules. The Pharmacopeia laboratory for Indian Medicine and Homoeopathy is established as the nodal agency for quality control and drug standardisation.  I wish some of you should visit this laboratory to see how it helps in maintaining standards of Homoeopathic medicine and also to inculcate proper knowledge of manufacturing of drug. He said that the Central Government has established the Central council for Research in Homoeopathy.  This institution carries out intra mural research through its units across the country.  The main areas are disease based and drug-based researches, drug proving, literary works etc.

He also told that the linkage of practical training with research should be inculcated among the students. The National Institute of Homeopathy and CCRH should work in coordination in the literary and drug research. It needs to show its superiority to other systems in all the four areas of health care namely curative, preventive, promoting and rehabilitative aspects. I hope NIH is putting its best foot forwarded in showing its mettle. The future of Homoeopathy is very good provided the profession transform this evidence-based science into an experimentally acceptable scientific medical system. He expressed his best wishes and compliments to the National Institute of Homoeopathy.

On this occasion, Dr. Munjpara Mahendrabhai said that homoeopathy for its’ affordability, compatibility, palatability made it the 2nd most accessible, acceptable among all strata of community beyond the limit of cast, creed, religion and social status.

He also told that the scientific community requires more documented cases of homoeopathy though I can understand homoeopathy is based upon Law of Individuality so it’s difficult to prove efficacy on the parameters laid by modern science because homoeopathy treats the individual not the disease. He told to the Students of NIH that they have learned Homoeopathy from this best Institute of India, so they are the big Assets of New India and flag bearers to take the Homoeopathic science towards the global standard.