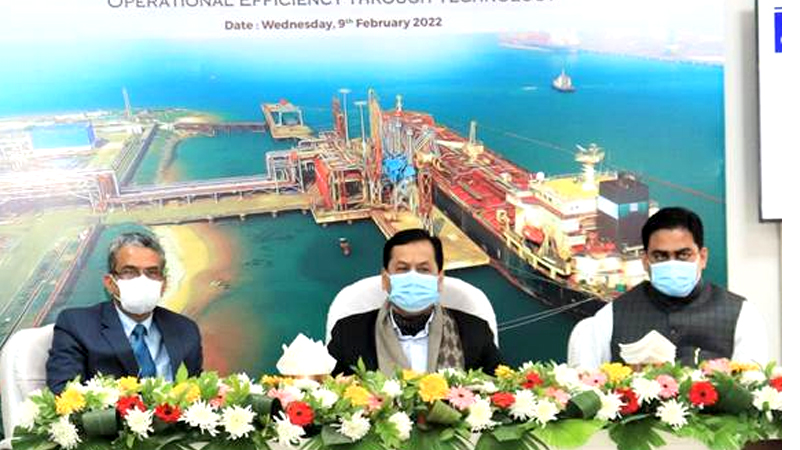 The future roadmap of Major Ports to achieve world-class infrastructure and to lead the growth journey of India on the pillars of the ambitious PM Gati Shakti National Plan was discussed. PM Gati Shakti is driven by seven engines of growth – roads, railways, airports, ports, mass transport, waterways and logistics, with the Ministry of Ports, Shipping and Waterways set to play a major role in the realisation of the National Master Plan, a multi-modal connectivity masterplan launched by Prime Minister Shri Narendra Modi to ensure seamless connectivity, economic growth and delivery of good governance to the citizens. The construction of a trans-shipment hub at Greater Nicobar was also part of the discussions. 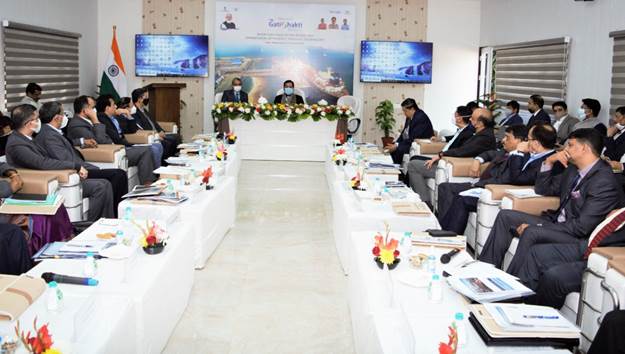 Shri Sonowal further urged the officials to put emphasis on promotion of Atma Nirbhar Bharat mission and skill development so that the youth of the country can be benefited.

Union MoS Shri Shantanu Thakur said, “Ministry of Ports, Shipping and Waterways is committed towards PM Gati Shakti and today’s meeting is a step towards it.”

All the senior officials assured that they will move forward on the directions given by the Minister so that economy can be boosted and more people can get its benefits.