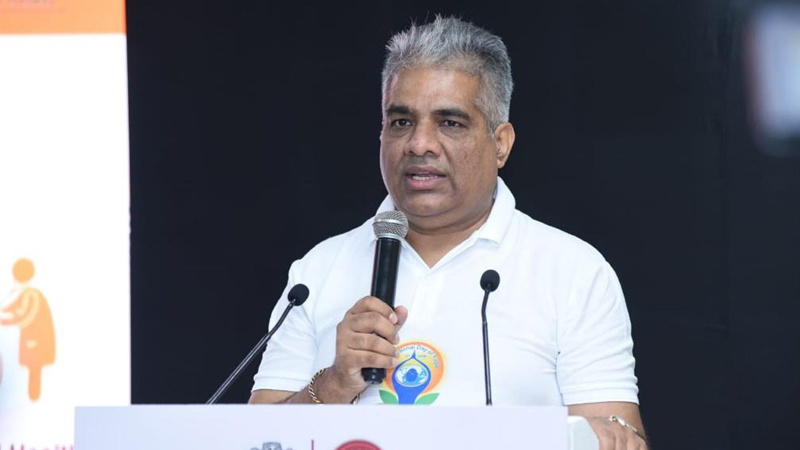 Shri Bhupender Yadav, Minister for Labour & Employment and Environment, Forest and Climate Change, launched the ‘ESIC Yoga Fortnight’ at ESIC Hospital, Basaidarapur, New Delhi, today. This Yoga Fortnight will end on the day of ‘International Yoga Day’ on 21st June 2022. On this occasion, all the offices and hospitals of ESIC were connected to the main site through online medium. 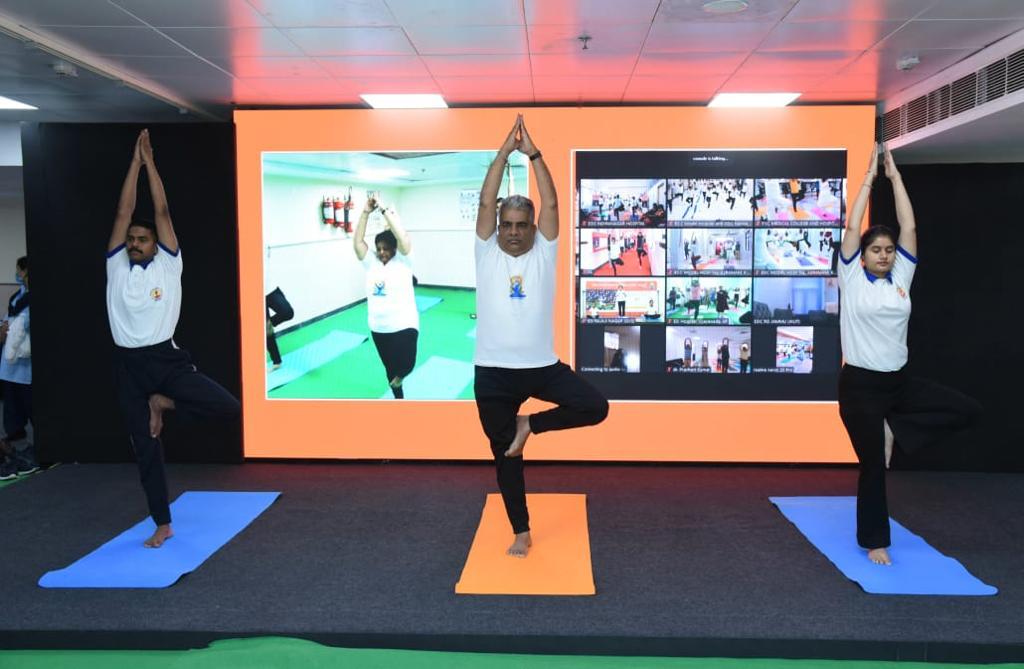 The theme of this year’s International Yoga Day-2022 is “Yoga for Humanity”. With this theme, ESIC is celebrating ‘Yoga Fortnight’ to promote Yoga among the workers. 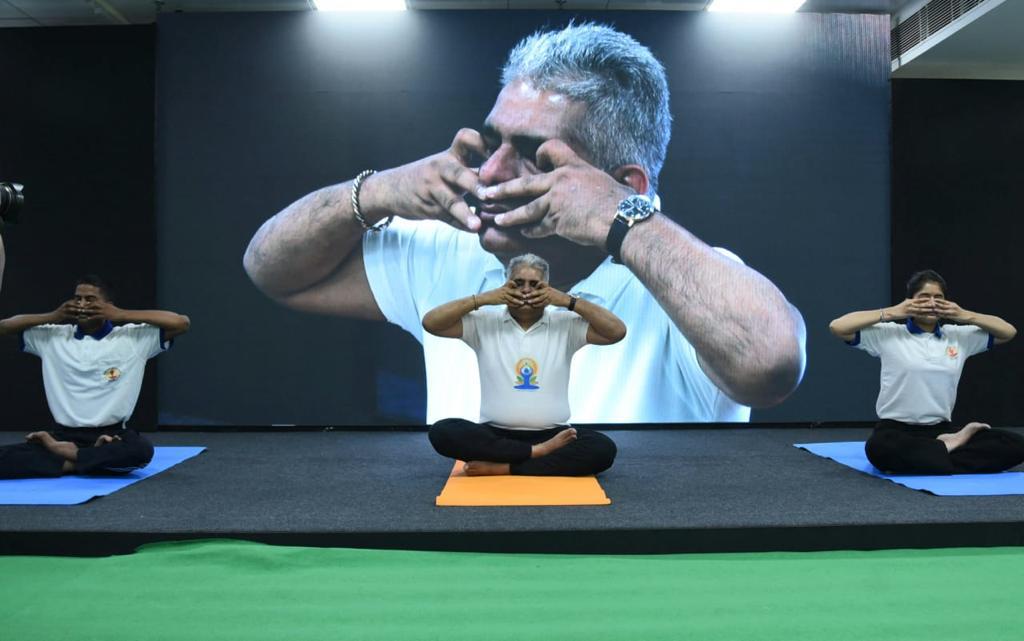 In his address on the occasion, the Union Minister informed that during ‘Yoga Fortnight’, ESIC will organize daily Yoga Camps for workers and their dependents in industrial clusters through its 160 ESI Hospitals and 64 Regional and Sub-Regional Offices. More than 1000 Yoga Camps are expected to be organized during the Yoga Fortnight. Cleanliness Drive will also be conducted in the residential areas/Bastis of the workers along with this. All ESIC Hospitals will conduct Cleanliness drive in at least two residential areas/Bastis of worker. Special health check-up camps and health talks on diseases/preventive care will also be organized in ESI Hospitals for the workers. 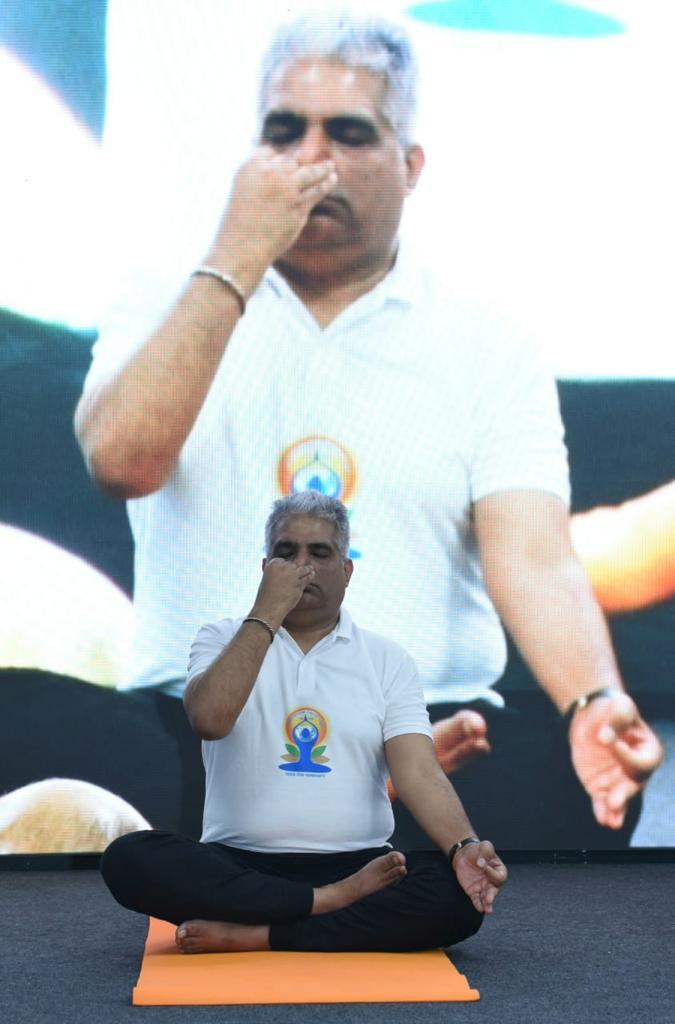 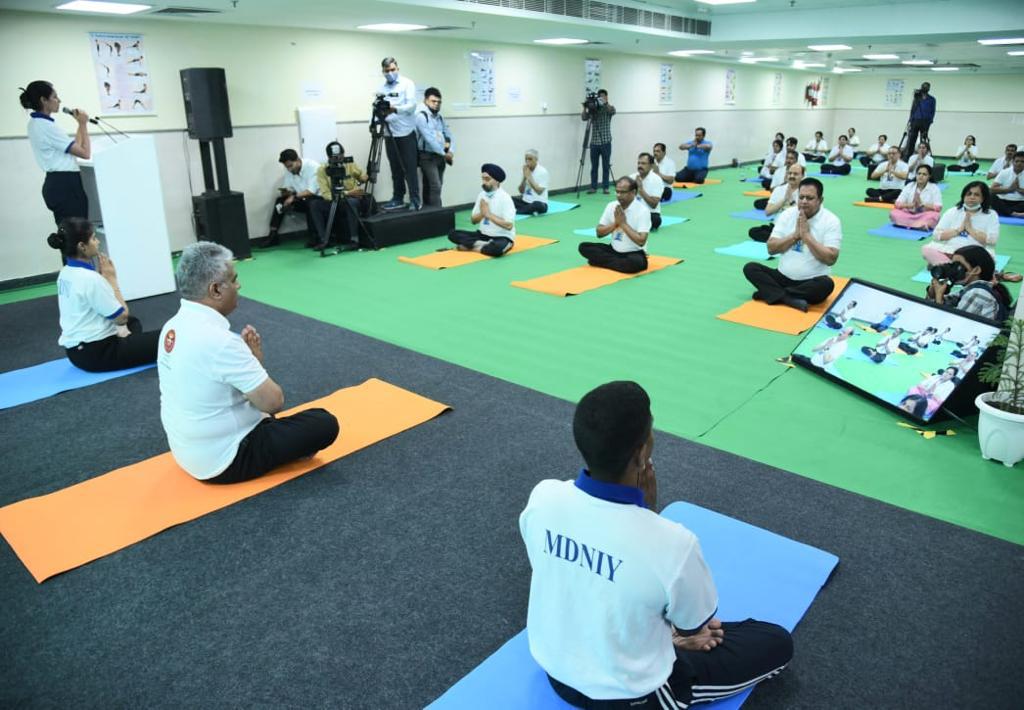 To promote ancient and traditional systems of medicine, a total of 329 AYUSH units in hospitals and dispensaries under ESI Scheme are functional across the country, where workers insured by Ayurveda, Yoga, Unani, Siddha, Homeopathy systems and Treatment is being provided to their dependents