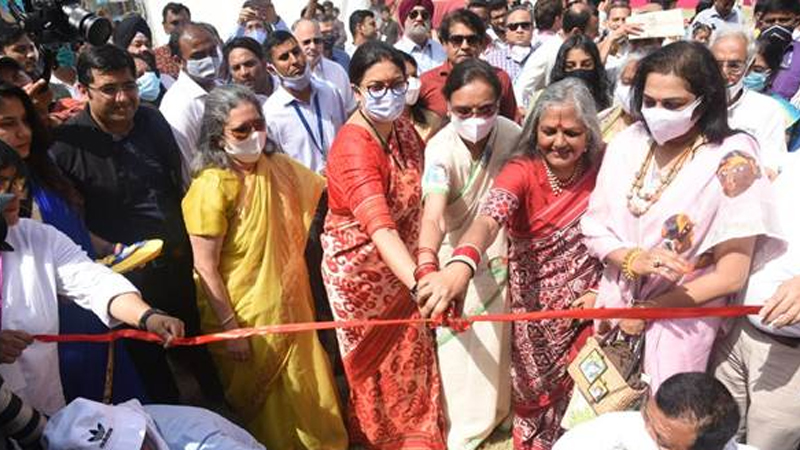 The festival will feature a wide range of experiences including “Matrubhumi” –Projection Mapping Show, YATRA – A 360° immersive experience, a Cultural Parade, Khao Galli, Live performances at Rang Manch, Dances of India, Anokhe Vastra, Khel Manch and Khel Gaon and Yoga on the Go. More than 70 artists from across India will participate in the event. On the occasion Smt. Smriti Zubin Irani recalled Prime Minister Shri Narendra Modi’s invocation from the Red Fort to join hands for making a New India. The minister said that Red Fort is not just a monument but a living example, which every year makes the nation realize its resolve, promise and its responsibility towards the Constitution. She also mentioned that through this event, the diverse culture of India has been brought under one roof. We must tell the children of tomorrow that we must preserve what was our glorious past so that they work to take India to greater heights across the world, she added. 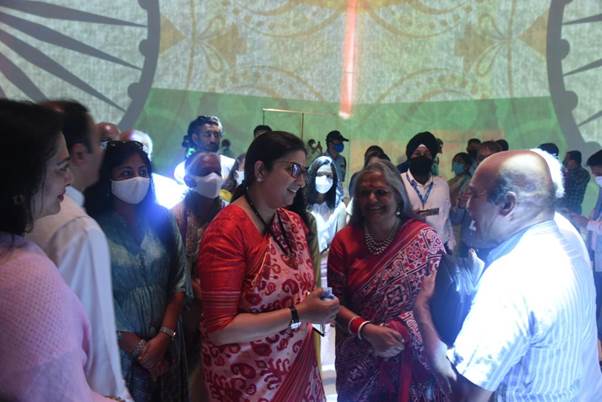 The Red Fort mega festival-Bharat Bhagya Vidhata is being organised as part of Azadi ka Amrit Mahotsav by Ministry of Culture. The Red Fort festival is to commemorate the heritage of the country and culture of every part of India. The festival Bharat Bhagya Vidhata will help everyone to appreciate the diversity of India. More than 70 master craftsmen have displayed their craftsmanship at the venue.

The Ministry of Culture, Government of India, along with Red Fort’s “Monument Mitra”, Dalmia Bharat Ltd. have conceptualized the mega event as a part of Azadi ka Amrit Mahotsav.