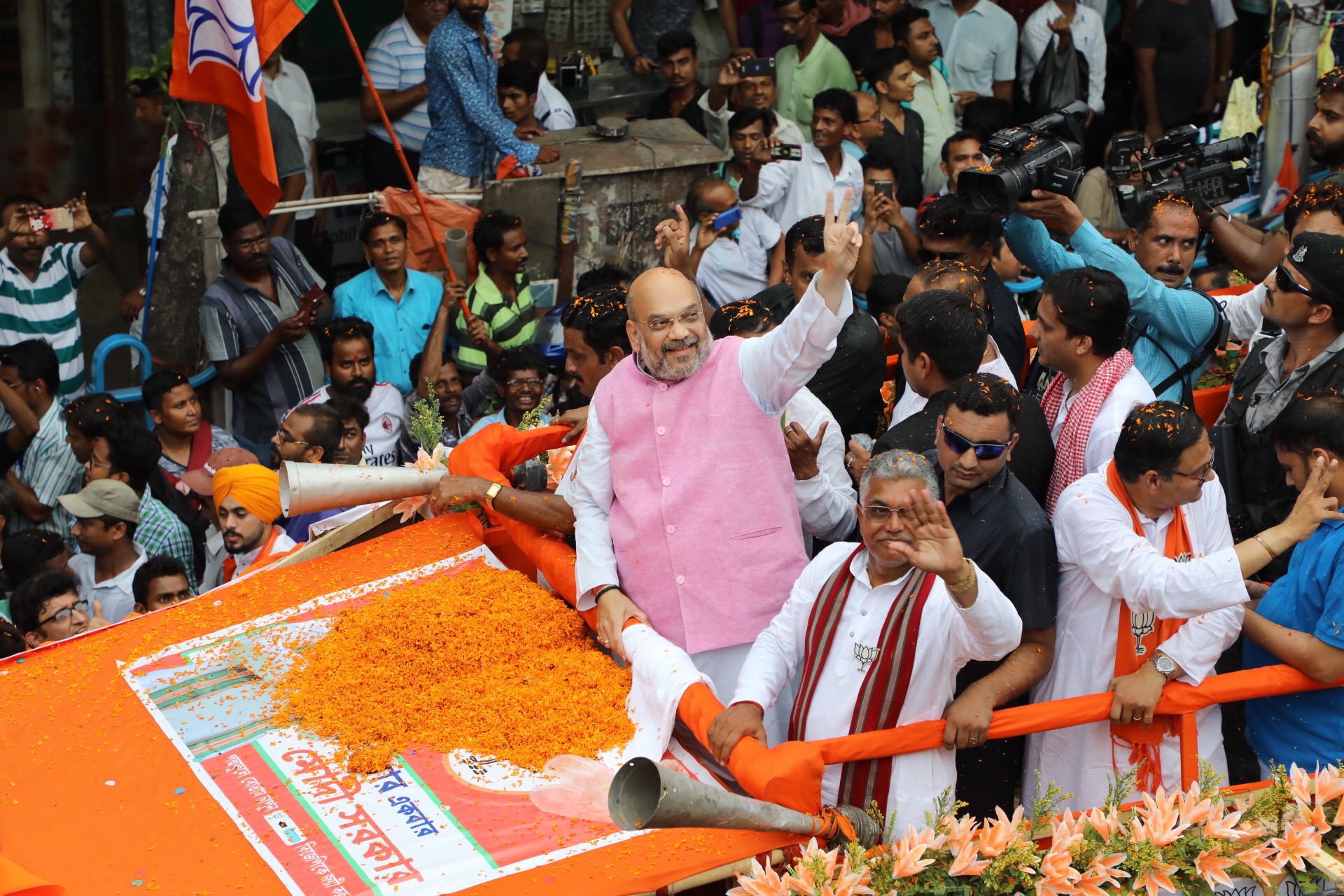 Bharatiya Janata Party National President Shri Amit Shah accused the Trinamool Congress of creating an atmosphere of violence in West Bengal. He was speaking at a press conference at the party headquarters in Delhi. He said that it was the TMC and not the BJP that was behind the violence seen in West Bengal during the 2019 Lok Sabha elections.

Shri Amit Shah said that if BJP was responsible for poll violence, it would be visible in other states of India as well and not just West Bengal. “In the last six phases, only Bengal has witnessed violence. Mamata Banerjee claims that BJP is behind the violence in Bengal. I want to tell her you are fighting on just 42 seats. We are fighting across the country. We are pitted against everyone but there has been no violence elsewhere,” Shri Amit Shah said.

Shri Amit Shah also said he would not have escaped unhurt without CRPF protection when his convoy was allegedly attacked in Kolkata. He also blamed the state police of acting as ‘mute spectators’ during the clashes. “Yesterday, three hours before the [BJP] roadshow, banners and posters removed. The police was a mute spectator. They tried to provoke our party workers but that didn’t work,” he said.

Presenting pictures of from the clashes that took place during the roadshow in Kolkata, Shri Amit Shah said that TMC workers broke Ishwar Chand Vidyasagar’s statue and blamed it on the BJP. He said that the gate of the university was closed and that BJP workers were outside the university hence they could not have broken the statue.