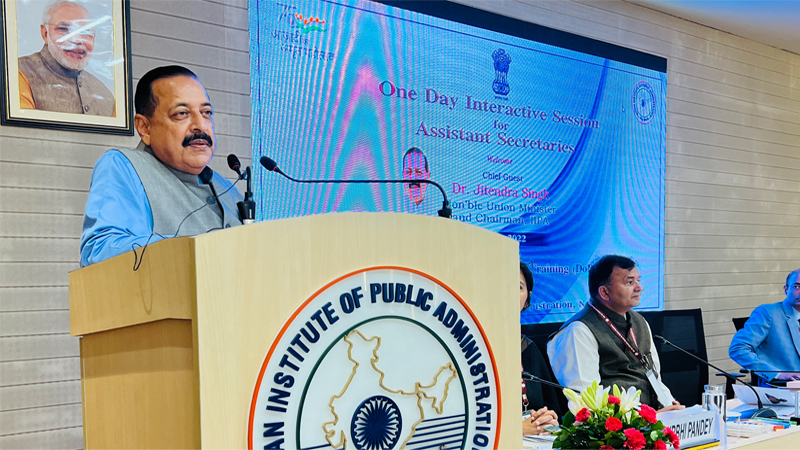 Referring to Prime Minister Narendra Modi’s invocation of “Azadi Ka Amrit Mahotsav” Dr Jitendra Singh said, the next 25 years are critical for India because these will be the years of ascent of India’s ascent in the global arena. Therefore, the current lot of IAS officers is privileged because they have the time on their side and also the opportunity to devote the next 25 years of active service to realise the dream of Century India. 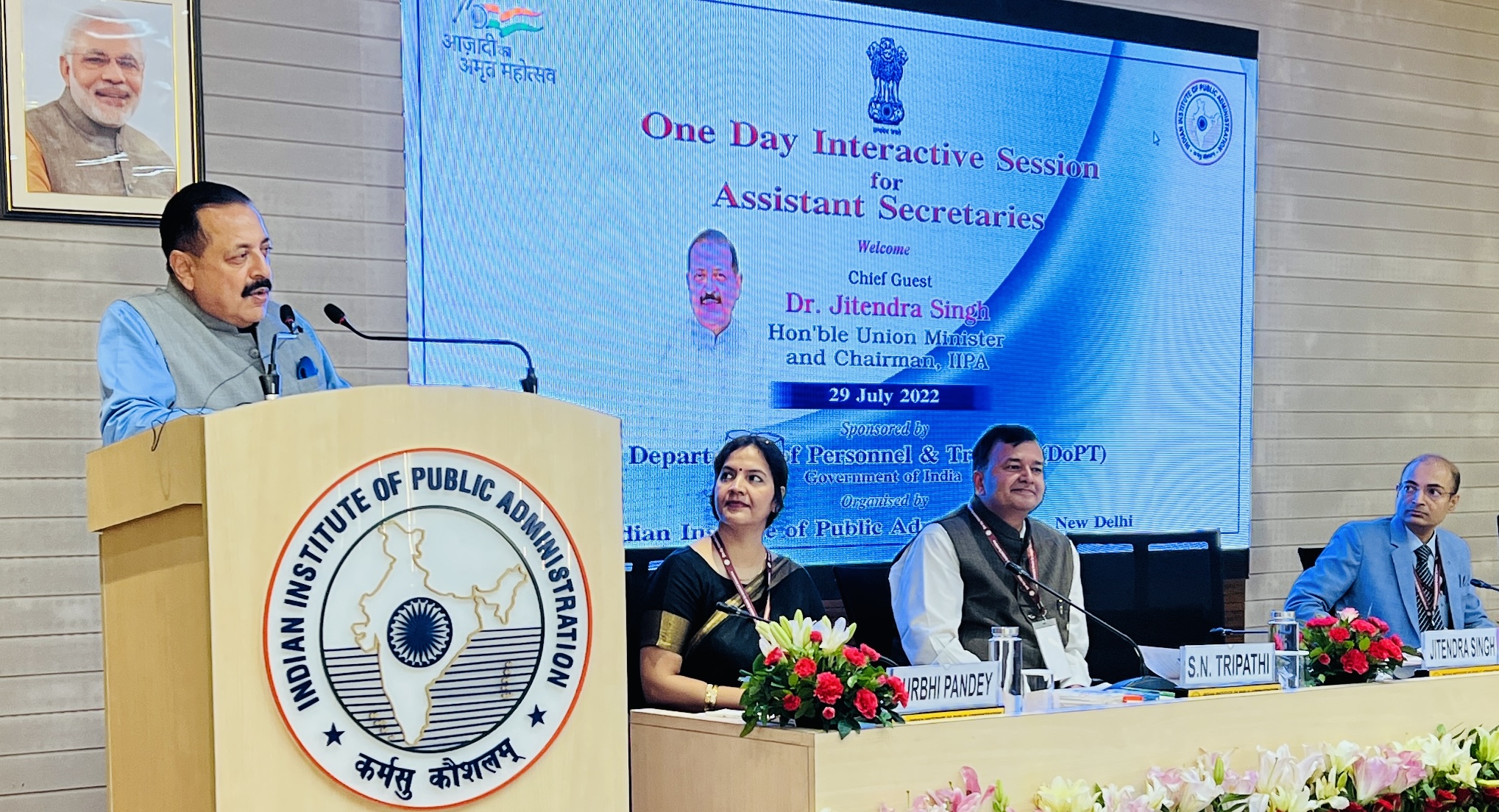 Dr Jitendra Singh recalled that this Assistant Secretary Training Programme was started in 2015 as per the vision of Prime Minister Narendra Modi, when 2013 batch officers were for the first time posted as Assistant Secretaries in Ministries/Departments of Government of India. The objective of this programme is to provide exposure to the young IAS officers about the functioning of the Government of India at an early stage in their career on completion of their Phase II training at LBSNAA, Mussoorie. These Assistant Secretaries are posted for a total period of 13 weeks.

The Minister informed that since 2015, the programme is successfully implemented by DoPT and added that this type of exposure helps them to acquire a national perspective and appreciation of diversities in national policies. This also sensitize them to the larger perspective of policies and programmes of Government of India and the officers are likely to be an inspired Change Agents when they will go back to their cadre States. Special themes were also included from 2019 and in that year Water Conservation, which was the one of the focus areas of the Government of India was added.

Dr Jitendra Singh said, Technology and innovation hold the key in addressing the gaps in delivery and implementation, but the basic prerequisites are dedication and commitment of the public servants with a pro-people attitude, which means being proactive as well as responsive to the citizens’ needs and aspirations while remaining mindful of the concerns. He said, we also need to build trust between the government and citizens as no society can prosper peacefully and attain its potential with a trust deficit existing between the government and citizens.

Dr Jitendra Singh said, he was informed that this batch of 175 officers has 108 officers with engineering background and many officers with background in medicine, management, law and Arts have also joined. He emphasised that it would be very much admirable if they utilise their educational background to showcase how the Ministries/Departments can innovate, use new ideas and deliver high quality outputs directly to citizen with complete elimination of middlemen and leakages. The Minister also hoped that the technocrats will be able to do justice to the flagship programmes of the government in sectors like Health, Agriculture, Sanitation, Education, Skills and Mobility to name a few, which are technology based and technology driven. 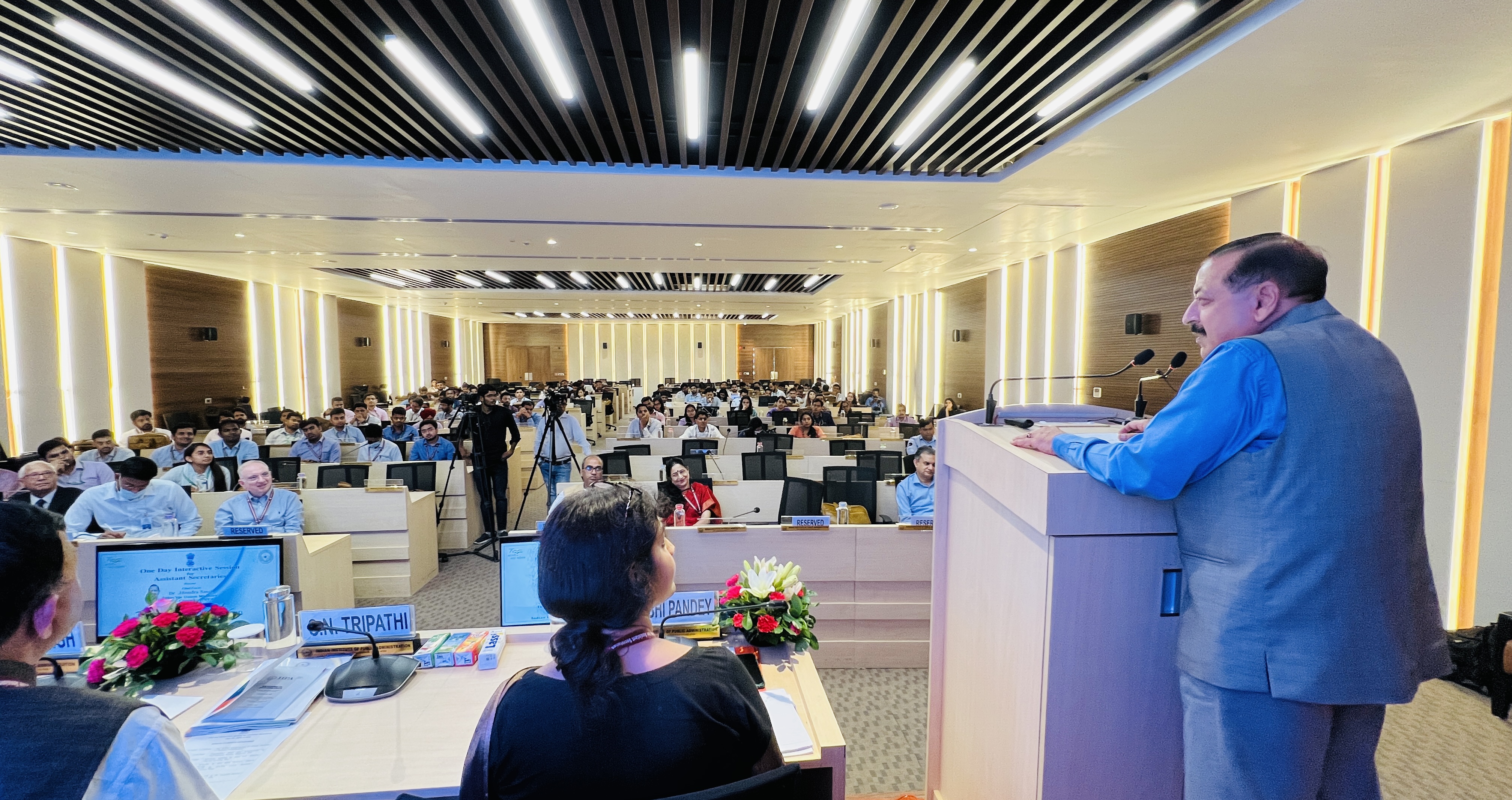 Lauding the role of Indian Institute of Public Administration, Dr Jitendra Singh pointed out that IIPA is working as knowledge partner with different ministries and incorporated in their training and research activity, the latest trends and advancements in public governance and administration. This includes a) India@2047, a vision plan for a ‘future ready India’ that suits the 100th year of India’s independence; competency framework for the civil services under Mission Karmayogi which envisages to prepare civil servants for the future by making them more constructive, enabling, energetic, innovative, proactive, professional, progressive, transparent and technology enabled; Indian thoughts on good governance and new methods of governance like PM Gati Shakti which aims at the coordinated planning and execution of infrastructure projects in India to enhance efficiency and reduce logistics cost.

Dr Jitendra Singh said, Prime Minister has been emphasising on People’s participation as the essence of good governance through Sabka Sath, Sabka Vikas, Sabka Viswas aur Sabka Prayas. So, trust is central to governance. He said, while one key to good governance is technology, the other essentially is moral standard. Technology fosters transparency and hence accountability, which is the basic feature of good governance, while moral standards impart legitimacy. These two together will usher in a new political culture preparing the ground for bringing in transformational, path-breaking reforms. The Minister said, gone are the days where we can afford to work in silos that had held us back for a long time. Today it is an all-encompassing, all-enveloping, all-inclusive and all-participating march toward development.

In his concluding remarks, Dr Jitendra Singh told the young civil servants that gaining knowledge from institutions like IIPA will help them to meet the various decision-making challenges, which they will face in the States and the Districts and conveyed his best wishes to officers in all their future endeavours.