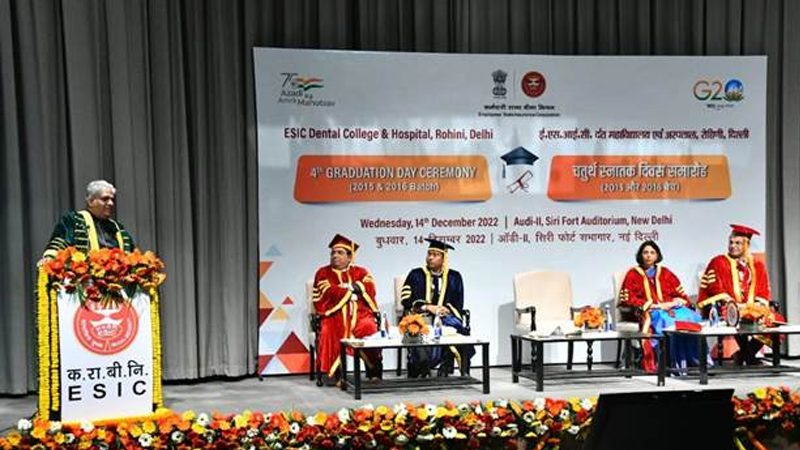 Merit certificates and scrolls were awarded to the graduates of ESIC Dental College by the Union Ministers. Congratulating the young graduates, Shri Bhupender Yadav said that rendering medical services is the best way to serve the society. He further said that Union government is focused towards creating an infrastructure for easy access of medical services for the workers of our country.

Minister of State for Labour and Employment, Shri Rameswar Teli,  in his address to the students applauded the efforts made by the doctors and para-medical staff of ESIC during the uncertain time of Covid-19 for serving the needy.

Ms. Arti Ahuja, Secretary, Ministry of Labour and Employment, said that implementation of Social Security Code will increase the number of workers under ESI Scheme many folds. She said that work of ESIC is going to increase many folds in coming future, for which ESIC should be geared up.

DG, ESIC said that ESIC is poised to play a bigger role as unorganized sector workers will come under the ambit of ESI Schemes once the Social Security Code is implemented. He said that the ecosystem of ESIC is going to increase enormously. He further said that ESIC is working with the vision of utilizing latest innovation in medical services to provide best training to doctors and best equipment in medical colleges and hospitals. 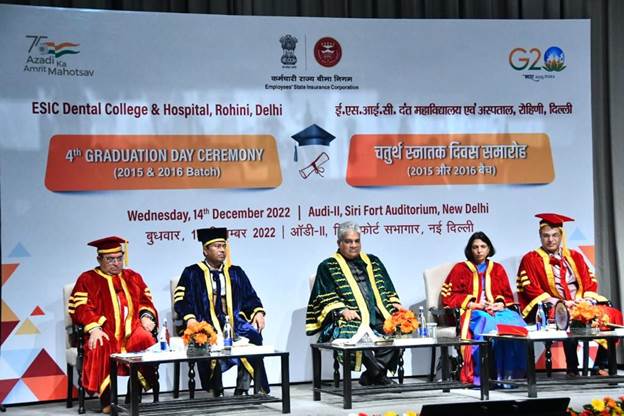 The ESIC Dental College in Rohini, Delhi was established in the year 2010 under the aegis of the Ministry of Labour and Employment, Government of India. This college was corporation’s first foray into dental and medical education. The ESIC Dental College is the third government dental college in the Delhi NCR region which currently has an annual intake of up to 62 students who are admitted for the Bachelor of Dental Surgery (BDS) course. This college is affiliated to the Guru Gobind Singh Indraprastha University. The college was recognized by the DCI in 2014 and follows the course structure prescribed by the council. The college is also associated with a 300 bedded hospital located within the premises along with modern operating rooms and a 10 bedded ICU in addition to outpatient facilities in various medical departments. 68 students of 2015-16 Batch graduated today and were awarded the certificate.

The graduation day ceremony was attended by Dr. Nagaraj M, Dean, ESIC Dental College and Hospital, Rohini, members of the faculty of dental college, students and their parents. Officers of Ministry of Labour and Employment and ESIC also participated in the event.