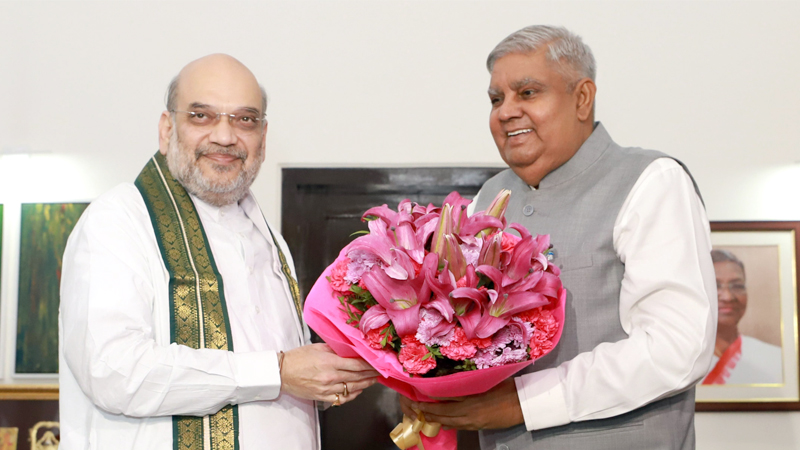 Union Home and Cooperation Minister Shri Amit Shah has congratulated Shri Jagdeep Dhankhar on his election as Vice President of India. In a series of tweets, Shri Amit Shah said “It is a matter of joy for the  Nation that a farmer’s son, Shri Jagdeep Dhankhar has been elected as the Vice President of India. Shri Dhankhar has been constantly connected with the people in his long public life, his understanding of basic issues and his experience will definitely benefit the Upper House.”

The Union Home Minister said that “As Vice President and Chairman of the Rajya Sabha, Shri Jagdeep Dhankhar will prove to be an ideal guardian of the Constitution, I congratulate him on this victory. Also, under the leadership of Modi ji, I thank NDA allies, other parties and members of Parliament for supporting Dhankhar ji.”