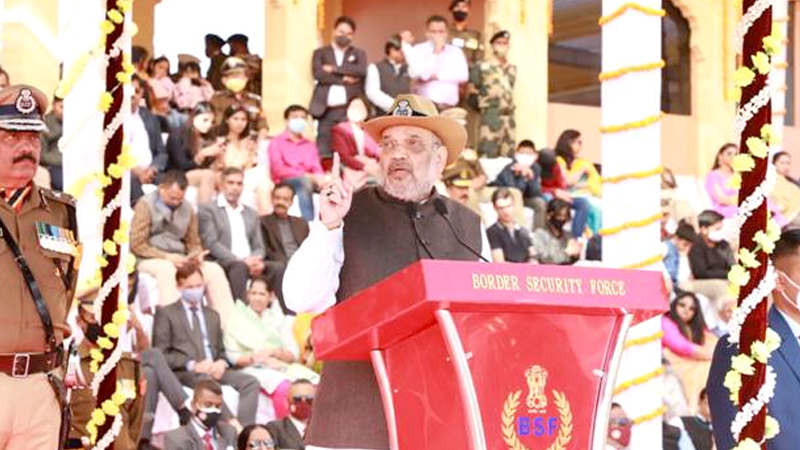 Union Home and Cooperation Minister Shri Amit Shah addressed the 57th Raising Day celebrations of Border Security Force in Jaisalmer, Rajasthan today. The Union Home Minister awarded Police Medals for Bravery and Distinguished Service to the families of martyrs and serving BSF personnel who made the Supreme Sacrifice in the service of the nation and the President’s Police Medal for serving and retired personnel. Union Minister Shri Gajendra Singh Shekhawat and Director General of Border Security Force were also present on the occasion. On this occasion, the Union Home Minister said that for the first time after the establishment of the BSF in 1965, the Modi government has decided to celebrate the Foundation Day of the BSF in a border district and this tradition should be expanded. He said that this Foundation Day is being held during the 75th year of our Independence.It has been 75 years since Independence and the Prime Minister has decided to celebrate this year as the Amrit Mahotsav of Independence. The period between 75 and 100 years till the Centenary year of Independence will be the  best period for the nation and during this period it has to be decided where will we stand in every field when the nation completes 100 years of Independence.

Shri Amit Shah said that more than 35,000 personnel of Border Security Force, Police Forces and CAPFs have made the Supreme Sacrifice across the country and the BSF is at the forefront, as the responsibility of guarding the most difficult borders has been given to the BSF.I would like to pay my humble tribute to all those martyred brave soldiers on behalf of the nation and the Prime Minister. The Border Security Force has a very proud history. It was decided to create the BSF after the 1965 war and today it is the largest border guarding force in the world.Be it mountains, deserts, forests or any type of geographical environment, the Border Security Force has displayed valour and excellent service in every situation.The Army and the Border Security Force together displayed indomitable courage in 1971 in Longewala, driving out an entire tank battalion. Even though the enemy was greater in number and had modern weaponry, yet the victor is the one who faces the enemy with courage and valour inspired by the spirit of patriotism.

Shri Amit Shah said that the countless gallantry medals and police medals received by the Border Security Force are a testimony to them being a unique force in border security. There is no medal to honour gallantry, your gallantry itself is a medal for the entire nation. These medals given by the President and the Prime Minister are not only for the BSF and its 2,65,000 personnel but will also be a source of inspiration for thenation. During Atal Bihari Vajpayee’s time an important decision was taken with regard to the protection of our borders – this was one country, one force, that is, there will be only one force on the different borders of the country. The toughest borders were selected for the BSF at that time, which is justified. The Bangladesh border of 4,165 km and the Pakistan border of 3,323 km. The security of these two borders is the most difficult, but this force of more than 193 battalions and 2,65,000 personnel has protected these borders very well. 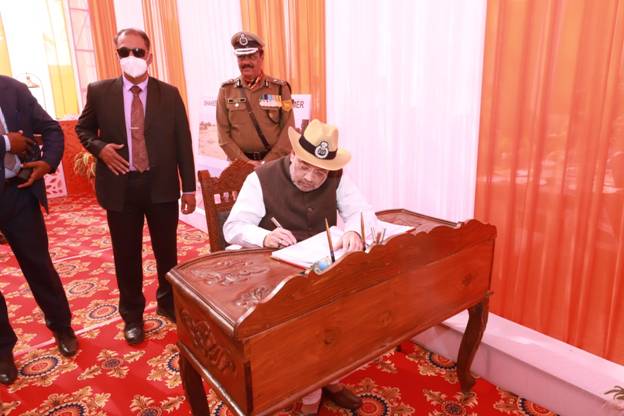 The Union Home Minister said that Prime Minister Shri Narendra Modi has always been sensitive towards those who guardthe borders.Under the Ayushman Yojana, all CAPF jawans and their families have been given comprehensive health cover through a single card. Shri Narendra Modi has provided this card to all family members, so that as soon as this card is swiped the best treatment for yourself and your family members can be received in more than 21,000 hospitals. The Central ex-gratia which is Rs.35 lakh and Rs.25 lakh,that too is now delivered to the martyr’s family in a month. During the COVID-19 pandemic, the CAPFs and police forces across the country showed their humaneness. Your countless companions lost their lives due to COVID-19, while serving the people during the pandemic. Be it peace time or war time, on the border or within the border, the Border Security Force is always ready to work for the safety of the people.

Shri Amit Shah said that on one other aspect also I want to note that Border Security Force and all our CAPF jawans together have not only planted about 2.5 crore trees within two years but have also provided them with complete protection. They have also ensured that all the trees grow.For the first time in a scientific way, the CAPFs have planted trees by connecting every jawan with a tree, the trees are also being maintained and a lot of re-planting is also taking place.He said that since 2014 under the leadership of Shri Modi, the government has taken the security of the country’s borders with a different kind of seriousness and wherever there has been an attempt to encroach our borders, we have retaliated immediately.No one can take our soldiers and our borders lightly. When the attacks in Uri and Pulwama took place, at the same time the Government of India, under the leadership of Shri Modi, took a strong decision and responded with air strikes and surgical strikes, and the world appreciated these actions. 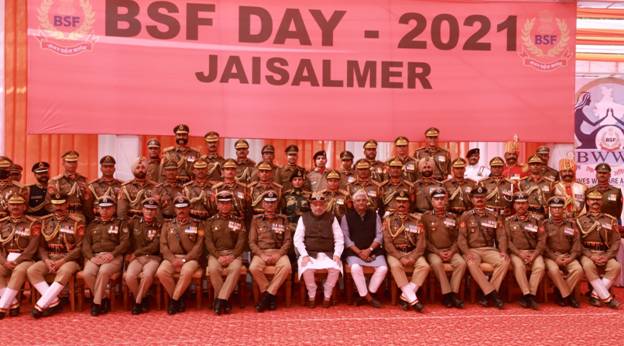 The Union Home Minister said that a country can progress and encourage its culture only when it is safe and you are the jawans who ensure the security of the country and the nation is proud of you. For the government, under the leadership of Shri Modi, border security means national security. You are protecting the border and at the same time you are also working to provide a good platform to secure the nation a place in the world by securing the country..He said that it is the government’s commitment to provide the best technology available in the world to the Border Security Force to protect the borders and the government is working in this direction. The Border Security Force, NSG and DRDO are making efforts to deal with the threat of drones and for creating an anti-drone resistance system. In a short time we will be able to create a resistance system to control drones.

Shri Amit Shah said that recruitment of 50,000 jawans has been completed and we will make sure that efforts are made to increase recruitment further. The budget for road construction for good infrastructure for border security was about Rs. 23,000 crore between 2008 to 2014, but after Shri Narendra Modi assumed the Prime Ministership from 2014 to 2020, it has been increased from Rs. 23,000 crore to Rs. 44,600 crore. This shows that the Narendra Modi government is committed to completing the infrastructure for border security. He said that a network of roads is being laid in Rajasthan through the Bharat Mala Project on the 1,070 km long international border of Rajasthan. 24,800 km of roads are to be constructed from the roads to be built under Bharat Mala Project across the country. We have dedicated the Atal Tunnel to the nation, it was not operational for 6 years and it was done only during the time of Shri Modi.In order to make land acquisition easier for critical border projects, the government has given the task of land acquisition, rehabilitation and rearrangement to the Ministry of Home Affairs. He said that the more secure our borders, the more secure border areas will be. The Modi government has created many schemes for our citizens living in border areas,. I have a request for the BSF jawans that along with the security of the border, when you get time, after discussing with the District Collector, find out whether people living in border areas arereceiving benefits of welfare schemes of the government or not. We can create a strong circle of security on our borders by establishing relations and a dialogue with our citizens living in border areas.