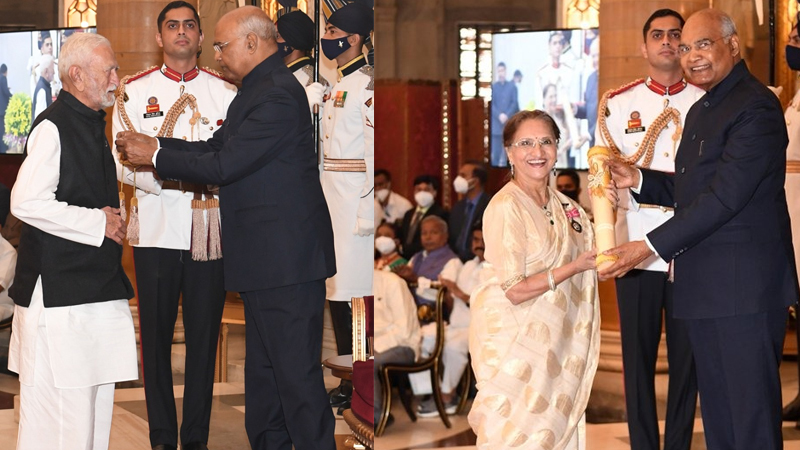 Union Minister of Home Affairs and Minister of Cooperation Shri Amit Shah has congratulated the Padma awardees. He said that this is a truly unique effort by the Central Government under the leadership of Prime Minister Shri Narendra Modi to make Padma Awards the awards of the common man. In a series of tweets, Shri Amit Shah said that “Late George Fernandes ji’s life is an exceptional example of selfless service to the nation, from opposing the Emergency to the progress of the country while holding various positions, it is a matter pf extreme happiness that he has been honored by the Modi government with Padma Vibhushan”.

Shri Amit Shah said that “Late Arun Jaitley ji made a memorable contribution to the development of the country with his wisdom and experience in law, finance and other fields and today it is a very commendable step by the Modi government to honor him with Padma Vibhushan. His dedication towards development of India will keep on inspiring us”.

Union Minister of Home Affairs and Minister of Cooperation said that “Late Sushma Swaraj ji’s life was dedicated to public welfare and service to the nation, as External Affairs Minister she will always be remembered for connecting the Ministry of External Affairs with the general public, it is a true tribute to her to be given Padma Vibhushan award by the Modi government for her contribution to the development of the country”.