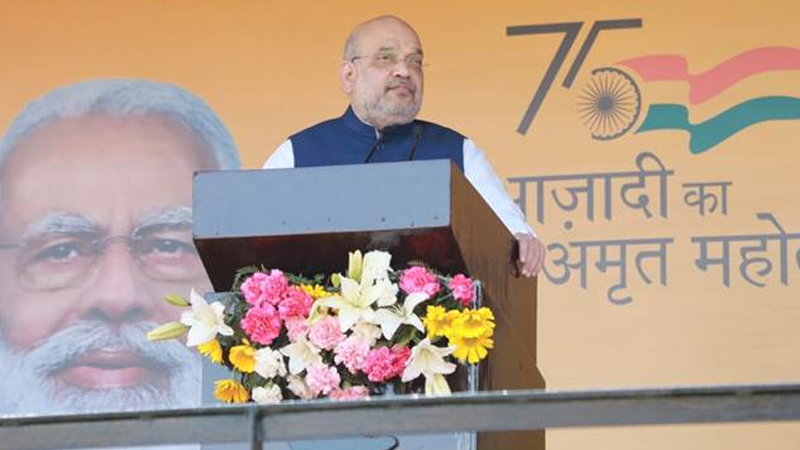 Union Home and Cooperation Minister Shri Amit Shah inaugurated the new office of Housing Board and Integrated Command and Control Center (ICCC) in Chandigarh. Shri Amit Shah also inaugurated and laid foundation stone of various development projects in Urban Park, Sector 17. The Governor of Punjab and Administrator of Chandigarh, Shri Banwarilal Purohit, Mayor of Chandigarh, Smt. Sarabjit Kaur and the Union Home Secretary were amongst several other dignitaries present in the program. 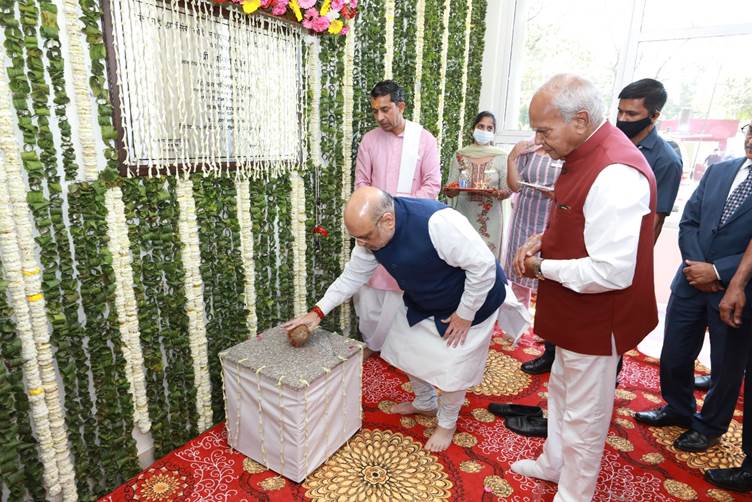 In his address on the occasion, the Union Home and Cooperation Minister said that Chandigarh is the most developed city of the country in the history of modern world. Chandigarh is one of the few cities in India that has been organized and built. Shri Shah said that When we were young, the children of Gujarat were told that Chandigarh is a planned and a city worth seeing, and after seeing Chandigarh, it is truly felt that its design has been made with very fine thought. He said that when a city is formed and developed, its needs also change with time and those who do not change with time, cannot keep themselves relevant. Shri Amit Shah said that today, I want to heartily congratulate the Chandigarh administration that it has made an effort to change with time, and, this is not limited only to the civic amenities, but security, environment protection and new mixed culture of Chandigarh has been preserved in this. 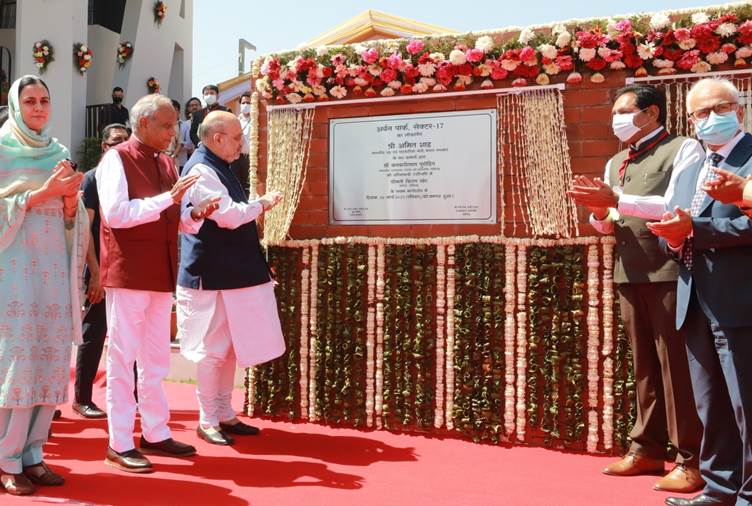 Union Home and Cooperation Minister said that Chandigarh is going to become the most disciplined and modern city of the country in the coming time. He said that today, development works have been inaugurated and foundation stone has been laid, these include education, water supply in 6 villages, construction of bus depots in industrial area and construction of hostels for boys and girls. He said that the biggest task is to create an integrated command and control center, this integrated command center is going to bring about a drastic change in all areas of civil administration in Chandigarh in the coming days. He said that there will be monitoring of many civil facilities from a single command center and there will also be a system to upgrade them. This command center will create a new environment of traffic discipline including sending challans home for breaking rules, security of Chandigarh and sending a police team in a moment when any missing object is noticed. He said that in a way, work is being done to bring all the civic amenities under one command center in Chandigarh. He requested the administrator of Chandigarh that a program should be made for all the school children up to class 12 to visit this command center so that they can understand it as future citizens. Shri Amit Shah said that a lot of work has already been done in Chandigarh, 40 electric buses have been given and work is going on to provide 40 buses. A lot of initiatives have also been taken to establish Chandigarh as a model solar city and perhaps India’s largest bike sharing system on PPP model is in Chandigarh itself, this has ensured a huge success in keeping the environment of Chandigarh clean. He said that the Chandigarh Administration has also implemented the Pradhan Mantri Awas Yojana very well and the work of 100 peecent digitization of revenue records has also been completed. Perhaps Chandigarh will be the first city in the country where digitization has been completed. Union Home and Cooperation Minister said that in 7 years under the leadership of Prime Minister Shri Narendra Modi, a lot of work has been done in many fields in the country. In the past, the biggest work under the leadership of Modi ji has been done is to manufacture the indigenous vaccine of Corona and to make available 185 crore doses of it to the country. He said that the whole world is astonished that in a country with a population of 130 crore, everyone gets the vaccine easily without any fuss and a certificate is also given on getting both the doses. Shri Shah said that big developed countries are also trying to set up a system by demanding India’s COWIN App, which India has already done. Many developed countries were worried and hurt by third wave, but no one even knew when the third wave came in India and when it went away because full vaccination has been done in the country. He said that this is an example of how a leadership can take the help of technology to serve the poorest of the poor. He said that Prime Minister Modi ji held a video conference with the Chief Ministers of the states for about 22 to 23 times on the implementation of COVID management and vaccination, going beyond party politics. Shri Amit Shah said that due to the lockdown in the COVID period, employment of many daily wagers was lost and the whole world was watching how India would manage these 80 crore poor people. Here also by using technology, Modi ji provided 5 kg of food grains free of cost to every poor person in the country for 2 years and there was no lapse in it because food grains are received through thumb impression only. The Prime Minister worked to send 5 kg of food grains every month free of cost to 80 crore poor people on behalf of the Government of India for 2 years and worried that the stove and kitchen of the poor would continue to function. He said that these two examples have proved that if the visionary Prime Minister of the country takes the help of technology and decides to do something, then whether it is in the field of health or to deliver food grains to the homes of the poor, without doing injustice to anyone with the help of technology, and giving everyone their right and with zero corruption, goals can be achieved.

Union Home Minister said that in the cabinet meeting this week, Prime Minister Shri Narendra Modi ji has decided to extend the scheme of providing free food grains till 30 September 2022, and, I thank Modi ji for this. He said that till now the work of distributing one thousand lakh metric tonnes of food grains worth about Rs 3,40,000 crore has been completed. You can imagine that one thousand lakh metric tons of food grains in the form of 5 kgs reached every citizen’s house and there was no mismanagement. Shri Amit Shah said that today change is taking place in every field in the country, whether it is in the field of agriculture, industrial development, to make India a hub of manufacturing in the world, to bring a new education policy, urban development, rural development or welfare programs for the poor. Modi ji has worked to implement these schemes within 7 years. 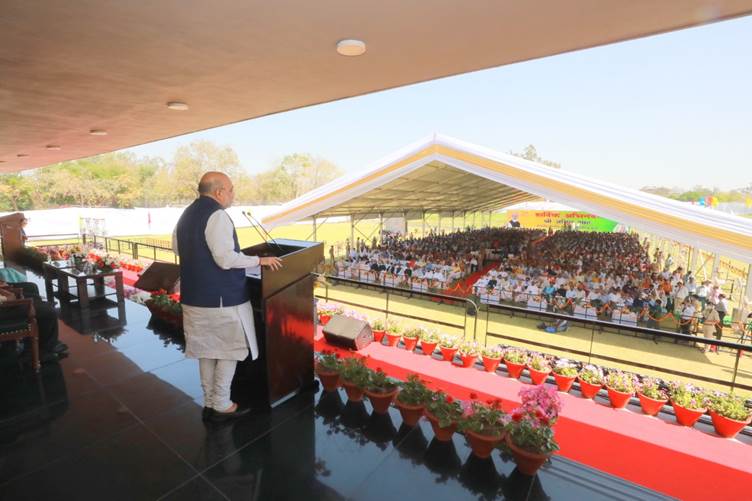 Shri Amit Shah said that the biggest work done by Prime Minister Shri Narendra Modi ji is to make the country secured. He said that when we make a capsule of all this, then today the whole world has changed the way of looking at India, Shri Narendra Modi ji has worked to increase the value of India’s passport. He said that Chandigarh has done a lot of work today to transform itself keeping in mind the needs of the times to come. Shri Shah said that Modi ji’s goal is that all the states should become ideal administrative units and Chandigarh is moving forward in a very good way in the direction of fulfilling the wish and goal of Prime Minister Shri Narendra Modi. He said that the way new schemes have been started in Azadi Ka Amrit Mahotsav, I am confident that under the work culture of the Modi government, the schemes will be inaugurated in the same period and people will also start getting their benefits. 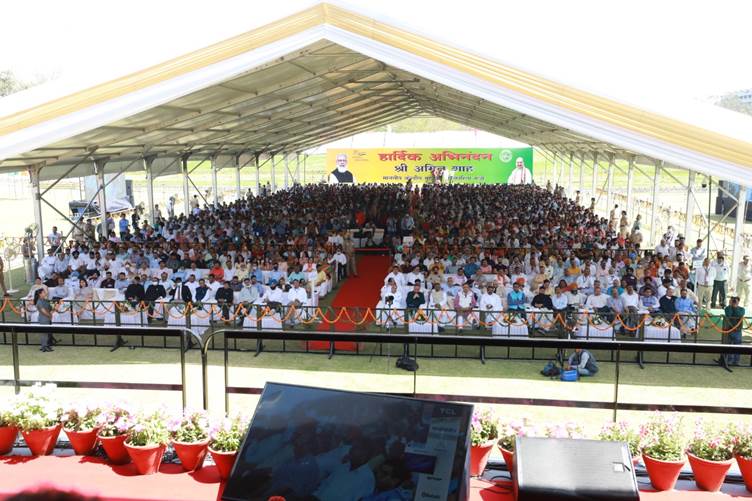