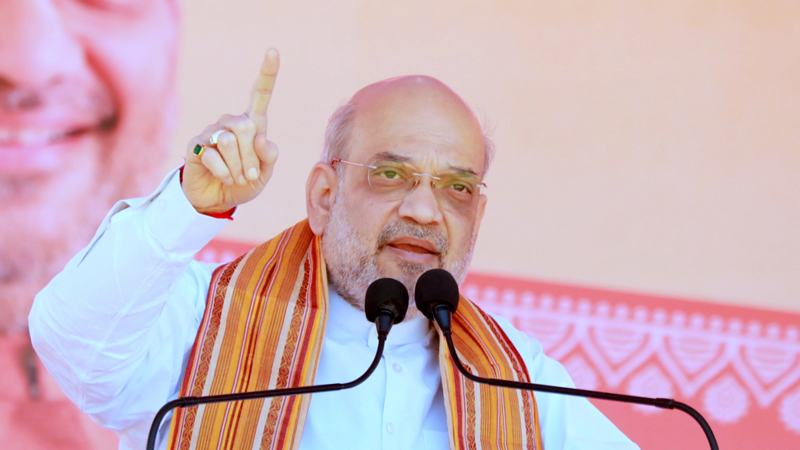 In the assembly elections in Gujarat the Bharatiya Janata Party will break all previous records and will form its double engine government under the leadership of our Honourable Prime Minister Shri Narendra Modi ji with a historic mandate in the state.

Under the leadership and guidance of Honourable Shri Narendra Modi ji in Gujarat world’s tallest memorial in the memory of Sardar Patel was established, world’s largest cricket stadium was built, India’s only Gift city was built, first bullet train project was started, Gujarat got highest FDI, highest number of small industries were established, largest pumping station was built and today Gujarat is the top exporting state in the country.

During the Congress party government the budget for growth and welfare of the Scheduled Caste community used to be just Rs 180 crores, but under the Narendra Modi Government it has been hiked to a massive Rs 6000 crores. Our Honourable Prime Minister Shri Narendra Modi ji also granted constitutional status to the OBC Commission.

The Congress party always insulted and humiliated Baba Saheb Dr Bhimrao Ambedkar ji. Its Government never honoured Baba Saheb with Bharat Ratna. Why did the Congress party never considered any personality from the Adivasi community to become the President even after so many years of our Independence? This novel work was done by our Honourable Prime Minister Shri Narendra Modi ji when he ensured that Smt Droupadi Murmu who comes from a very poor family and belongs to the Adivasi community is made the Constitutional Head of our country.

During the Congress party government rule in Gujarat a law was made which barred our farmers to purchase farm land 8 kms away from their place. This black law was scrapped by Honourable Shri Narendra Modi ji immediately after he became the Chief Minister of the state.

Due to the faulty policies of the Congress party government several dairies in Gujarat region were shut down. When Shri Narendra Modi ji became the Chief Minister he started many dairies in the region and across the state and connected them with Amul and other cooperative societies which led to Gujarat turning out to be the hub of India’s White Revolution.

Medha Patkar betrayed the people of Kutch and Saurashtra by stalling the Sardar Sarovar Dam project which deprived the people with the water of Maa Narmada river for 20 years. And now Rahul Gandhi is roaming around with Medha Patkar in his so called Bharat Jodo Yatra. The Aam Aadmi Party also made Medha Patkar contest Lok Sabha elections. By doing so both the parties are rubbing salt in the wounds of the people of Gujarat who were made to suffer.

Pandit Jawaharlal Nehru laid the foundation stone of Sardar Sarovar Dam project in 1961, but this project was completed by our Honourable Prime Minister Shri Narendra Modi ji who dedicated this project to the nation in 2017. In 2005 Honourable Shri Narendra Modi ji as Chief Minister of Gujarat had sat on fast to raise the height of the project and start the work, after which the Sonia – Manmohan Congress party government at the Centre succumbed to his demand.

Iron Man Honourable Sardar Patel ji unified the nation post Independence, but the Nehru -Gandhi Parivar and the Congress party always insulted, humiliated and ignored Sardar Patel. During the Congress party government in Gujarat, the state used to be in 250 days of curfew, law and order situation was in such a pathetic condition and politics of appeasement was at its peak. Today curfew is the thing of the past in Gujarat. Today Gujarat model of development has become a role model for our country and also globally, and all this started under the leadership and guidance of Honourable Shri Narendra Modi ji.