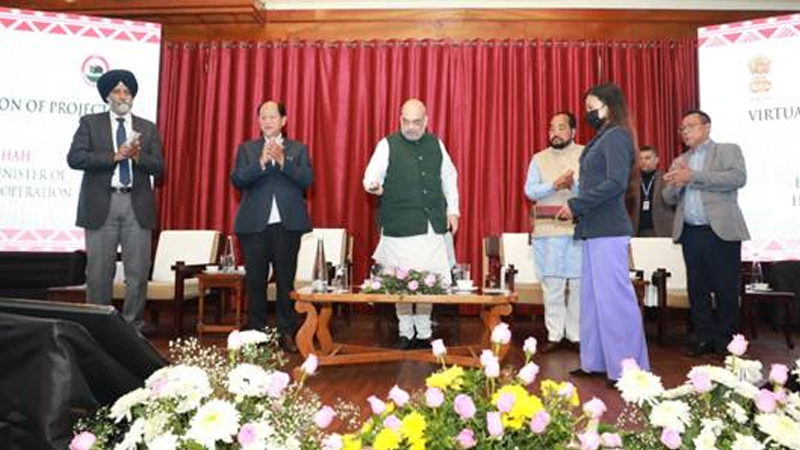 Union Home and Cooperation Minister Shri Amit Shah inaugurated 5 different development works worth Rs.52 crore in Nagaland, today. These include Virtual Reality (VR) laboratories in 42 government higher secondary schools at a cost of about Rs 8 crore, Atal Tinkering Labs built at a cost of Rs 1 crore 80 lakh in 9 government higher secondary schools, 12.5 megawatt (MV) sub-station at Chiephobozou at a cost of Rs 14 crore, trekking and base camp at Mount Saramati, Thanamir village and Kiphire and two Lane bridge on Doyang River at a cost of Rs 28 crore near to the Governor’s Camp Lifayan. Several dignitaries including Chief Minister of Nagaland Shri Neiphiu Rio, were present on the occasion. 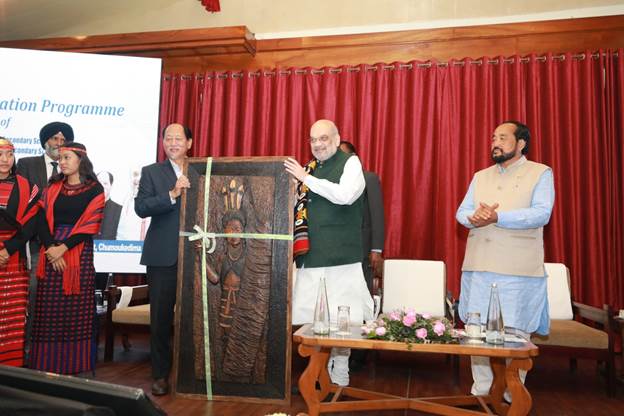 In his address, the Union Home Minister said that Nagaland is a land of meeting of cultures of different types of tribes. Nagaland is one of the world’s 25 famous biodiversity areas which endows it with immense tourism potential. Nagaland is also famous all over the world for its citizens, culture and the equal status given to women here.

Shri Amit Shah said that today 5 different development works worth Rs 52 crore have been inaugurated here. He said that due to the development approach of the Narendra Modi government towards the entire Northeast, all the states of the North East are today on the path of development. Shri Shah said that once upon a time the entire North East was facing unrest due to extremist groups, but today Prime Minister Narendra Modi has not only given the physical connectivity to the entire region but has also connected hearts and bridged the mental distance between the rest of the country and the North East. 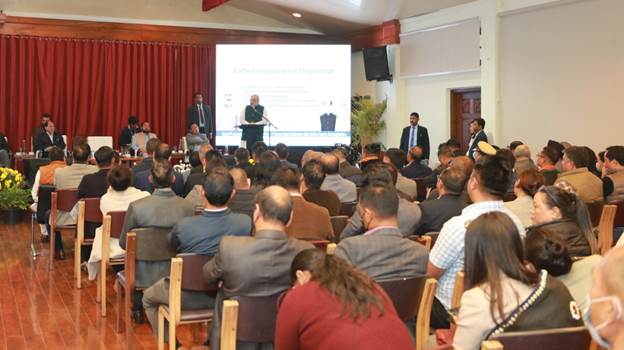 The Union Home Minister said that the government led by Prime Minister Narendra Modi has achieved success in its goal of establishing the three P’s of Peace, Progress and Prosperity in Nagaland. He said that Shri Modi himself has taken several initiatives to make North East the mainstream region of India. He said that Shri Modi has visited the different states of Northeast more than 51 times in the last 8 years and has also made a very successful effort to connect this region with the mainstream of India by giving big projects of infrastructure to Northeast which has brought the results as well.

Shri Amit Shah said that there has been a four-fold increase in the funds allocated to Nagaland during the eight years from 2014 to 2022 by the Government of India under the leadership of Prime Minister Narendra Modi as compared to the period of 2004-2014, under the previous central government. He said that the 15th Finance Commission has made a provision of Rs. 4,773-crore for Nagaland in 2022-23, while only Rs. 1,283-crore was allocated in 2009-10 and additionally, a special assistance of Rs. 219-crore has been given to Nagaland in 2021-22. Shri Shah said that the incidents of militancy have come down by 74 per cent in 2021 as compared to 2014 in Nagaland, while the number of deaths of security personnel and civilians has reduced by 60 and 84 per cent, respectively, which shows that law and order is being maintained in the state. He said that the Government of India led by Prime Minister Narendra Modi has initiated the process to gradually remove AFSPA from the state of Nagaland. 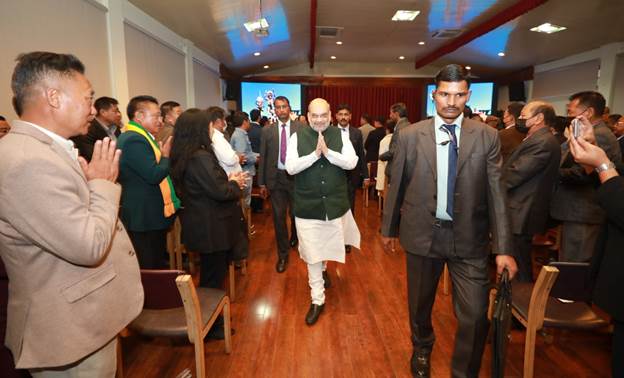 The Union Home Minister said that along with the development of infrastructure, the Government of India has also focused on strengthening public facilities. Fifteen national highway projects, covering a length of over 266-km at the tune of Rs. 4,127-crore have been inaugurated. He said that under the Jal Jeevan Mission, tap water has been provided to 2.18 lakh families in the inaccessible areas of the state. Apart from this, the Government of India is providing health expenses of up to Rs. 5 lakh to over three lakh people under the Ayushman Yojana. Shri Shah said that houses are being provided to 54,636 families under Pradhan Mantri Awas Yojana, and of these houses, 15,000 have already been completed.

Shri Amit Shah said that along with the entire nation, the Government of India led by Prime Minister Narendra Modi has provided the two COVID vaccines free of cost to every citizen across difficult areas in the hills and forests of Nagaland. Additionally, the Government of India has also provided five kilogram of rice per month to every poor person of Nagaland free of cost, for two and a half years.