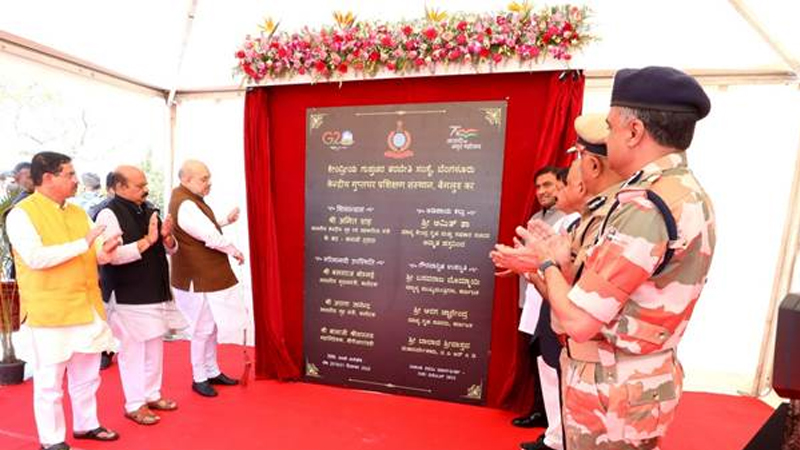 In his address, Shri Amit Shah said that with the laying of the foundation stone of the CDTI, a link has been initiated to make facilities for police forces more accessible. Shri Shah thanked Chief Minister Shri Basavaraj Bommai for providing suitable land for the BPR&D’s Central Intelligence Training Institute. The Union Home Minister said that BPR&D strengthens the police institutions of the country, but its work was not being given due importance. He said that with the passage of time, societal thinking, its form, goals and path have changed and if police do not change accordingly, they can gradually become irrelevant. Shri Shah said that research is essential for police to adapt to the continuous changes in society, BPR&D is responsible for conducting this research for the police and Central Armed Forces. 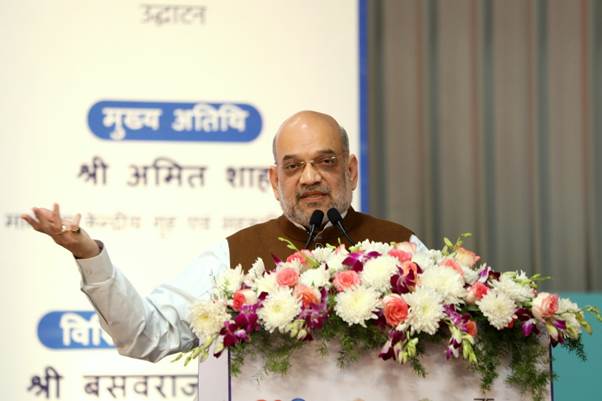 The Union Home and Cooperation Minister said systemic and procedural reforms in police should be a continuous process, for which collaboration between institutions, seminars and exchange of best practices and challenges is necessary to make police forces the best. Shri Shah said this process is very important, as law and order is a State subject and with India’s cultural diversities, there are variations in criminal activities and different challenges are encountered. The police have been appropriately classified as a State subject, but over a period of time, difficult challenges like narcotics, fake notes, hawala business, organizations spreading frenzy, terrorism, infiltration in border States, problems related to the sea in coastal States have also been encountered by police forces across the country, and various measures have been taken to deal with them. Dialogue, seminars and cooperation through BPR&D is essential to maintain harmony among the forces. He said, it is a continuous process, but time has come to speed up the pace, as without it, we cannot prepare the Nation to rise up to challenges of law and order. 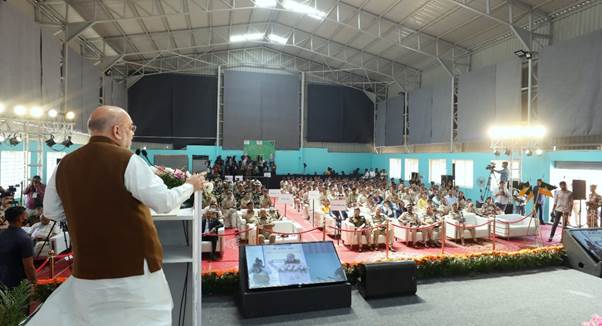 Shri Shah said the country will also have to focus on challenges in metropolitan areas, and there is a need to change our strategy through research and practicing with results, as city policing is going to be more challenging in the near future. He said, CDTI would help in fulfilling all these objectives for the CAPFs as well as the police of neighboring States, which has been running since 1956. Shri Amit Shah said the centers built in Kolkata, Hyderabad, Ghaziabad and Rajasthan have made huge contributions and now the Government of India will work towards bringing equality among all these centers through coordination and support of BPR&D.

Shri Amit Shah said the CDTI will also serve the forensic needs of the neighboring States of Karnataka, Maharashtra, Goa and the UT of Daman-Diu. He said it is very important to have good law and order situation in the journey towards India’s development, and in the last 3 years under the auspices of BPR&D, the government has made changes to help improve research, the results of which are also now becoming visible. Shri Shah said under its charter, BPR&D has also started creating verticals in new areas added by Ministry of Home Affairs, Government of India and Modus Operandi Bureau is also running under the aegis of BPR&D. 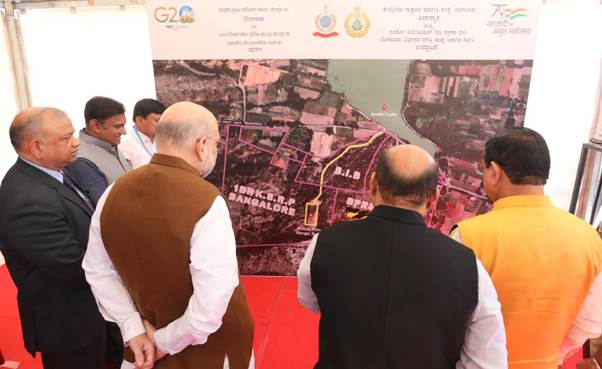 The Union Home Minister said that the government of India under the leadership of Prime Minister Narendra Modi, has made efforts to equip personnel of security forces, especially border guarding forces, with latest technology, increase their housing satisfaction ratio and fulfill requirements of personnel and their families. As a continuation of these efforts, today the Foundation Stone of CDTI is being laid and various residential buildings of ITBP are being inaugurated. He said, under the leadership of the Prime Minister, a lot of work is being undertaken for the construction of residences and administrative blocks to ensure the convenience of the CAPF Jawans staying in the barracks and guarding the border; and this work will continue unabated.

Shri Shah said the ITBP works in the most difficult area amongst all CAPFs. We cannot even imagine their morale and great patriotism to protect the country’s borders in – 42 (minus 42) degrees temperature. He said when ITBP personnel patrol the border, the country is sure that no one can dare to encroach on even an inch of India’s land. Shri Amit Shah said that since its inception, ITBP has performed exceedingly well in tough geographical conditions, harsh environmental conditions and difficult terrain. ITBP has also played a crucial role in fighting against Left Wing Extremism. That’s why, be it Arunachal, Kashmir, Ladakh, ITBP Jawans are called ‘Himveer’ by the people, a title bigger than any award as it has been bestowed by the people. The Union Home and Cooperation Minister said through BPR&D, we are moving forward in the direction of identification of the problems, analysis of the suggestions on research, policy change on the basis of analysis, implementation of the policy and ending the entire chain of review. We are going to derive huge benefit from this, and CDTI will work towards fulfilling the objective.

He said that the government under the leadership of Prime Minister Narendra Modi has initiated e-Awas portal for CAPFs due to which housing satisfaction ratio has increased by about 9 percent and in last eight years, 31,000 houses have been constructed, more than 17,000 houses are under construction and in the in upcoming budget more than 15,000 houses will be approved, due to which the housing satisfaction ratio will go beyond 60 percent which is a matter of great satisfaction.

Shri Shah said that to further strengthen the health facilities provided to Jawans and their families, about 35 lakh cards have been distributed under the Ayushman CAPF scheme. Now, just by swiping the card, one can go for treatment without waiting for any approval or document. With the addition of more hospitals, healthcare services worth over Rs. 20-crore have been availed by CAPF personnel and their families in a span of less than a year.

The Union Minister said that a duty roster is also being prepared to ensure that Jawans patrolling the border get a chance to stay at the headquarters with their families for at least 100 days. He said the Government under the leadership of Prime Minister Narendra Modi is dedicated and alert to the welfare of CAPF personnel.