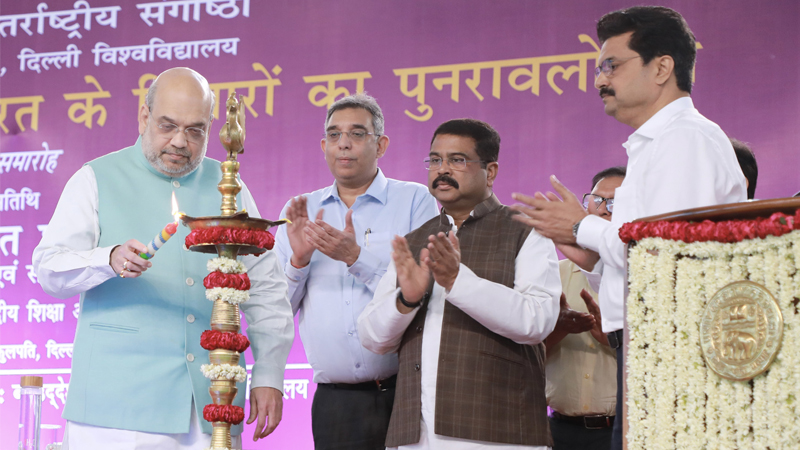 A 3-day International Seminar on Revisiting the Ideas of India from ‘Swaraj’ to ‘New India’ being organised by Delhi University was inaugurated today by Union Minister of Home Affairs and Cooperation Shri Amit Shah in the presence of Union Minister of Education and Skill Development Shri Dharmendra Pradhan.

Speaking on the occasion, Shri Dharmendra Pradhan said that it is a matter of great satisfaction that Delhi University is celebrating its centenary year when the nation is celebrating Azaadi ka Amrit Mahotsav. He said that under the leadership of Prime Minister Shri Narendra Modi, a New India is being made and called for working together to make our country a global superpower. He also spoke about how technology is changing our world rapidly and added that National Education Policy is being implemented to prepare India for the 21st century challenges. He suggested Delhi University should work towards developing courses on emerging and important areas like blockchain, e-commerce, patent management etc. He also said that the Delhi University has the potential to solve the challenges of not only India but also those of the world.