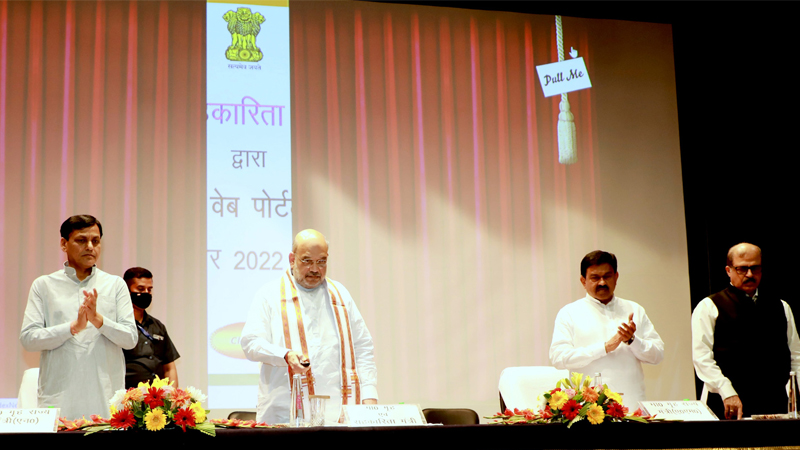 In his address, Shri Amit Shah said that the Central Armed Police Forces have always been a strong pillar of the country’s internal security and this day is a very important day for their personnel.  A new era of development has begun

Under the leadership of Prime Minister Narendra Modi  and India is becoming the global production hub and CAPF personnel who ensure internal security have a big role in this. He said since Independence till date, more than 35,000 police personnel have lost their lives while ensuring internal security and due to their sacrifices citizens sleep in peace with a sense of security. Shri Shah said that the government led by Prime Minister Shri Narendra Modi believes that it is its responsibility to carefor the families of Jawans who protect the nation’s borders in difficult circumstances, so that they can serve the country without worry. He said that the CAPF e-Awas portal launched today is another step in the same direction. 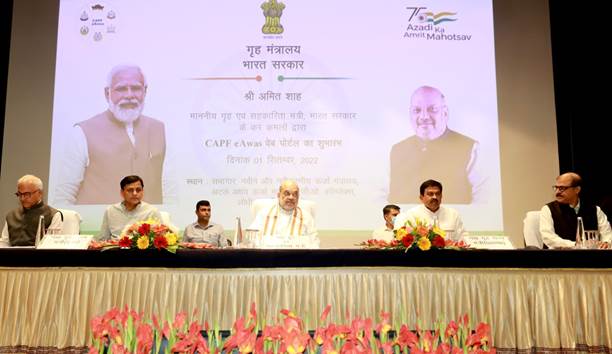 The Union Home Minister said Prime Minister Narendra Modi is concerned about Jawans and especially their families and many unprecedented steps have been taken in this direction in the last 8 years. Under the leadership of Prime Minister Modi, the Government of India has started the ‘Ayushman CAPF’ scheme to provide better medical facilities to families of Jawans, under which more than 35 lakh Ayushman Cards have been distributed to 10 lakh personnel. Under this scheme, about 56,000 bills worth more than Rs. 31 crore have been paid so far. Shri Amit Shah said that an e-Transfer software has been developed to bring transparency in the transfer of CAPF personnel. At present, ITBP and CISF have started using this software on an experimental basis. With the e-Transfer software, the posting can be linked with the age and health status of Jawans. Shri Shah said earlier there were 42 courses in the Prime Minister’s Scholarship Scheme and now more than 80 new courses have been added. Central ex-gratia has also been increased by making it more scientific. Air courier services have also been implemented and several steps have been taken to strengthen the Kendriya Police Kalyan Bhandar.

The Union Home Minister said the government under the leadership of Prime Minister Shri Narendra Modi is ready to consider any positive suggestion for the welfare of Jawans. But we also have to do our part to keep our work environment in proper condition. Shri Shah said so far about three crore saplings have been planted in the plantation drive of the Ministry of Home Affairs, but it is the responsibility of  senior officers to inculcate the spirit of attachment in the Jawans to the saplings they have planted, the attachment with a sapling which will become  a tree would change the Jawan’s life. He said while starting the tree plantation drive, the thinking was to create a good environment at the workplace, but at the same time there is need to promote  creative and positive thinking, which brings change and a feeling of satisfaction in human nature. Shri Amit Shah said the Prime Minister has always taken efforts for the welfare of soldiers and especially their families and the Ministry of Home Affairs is always ready to implement his thoughts.