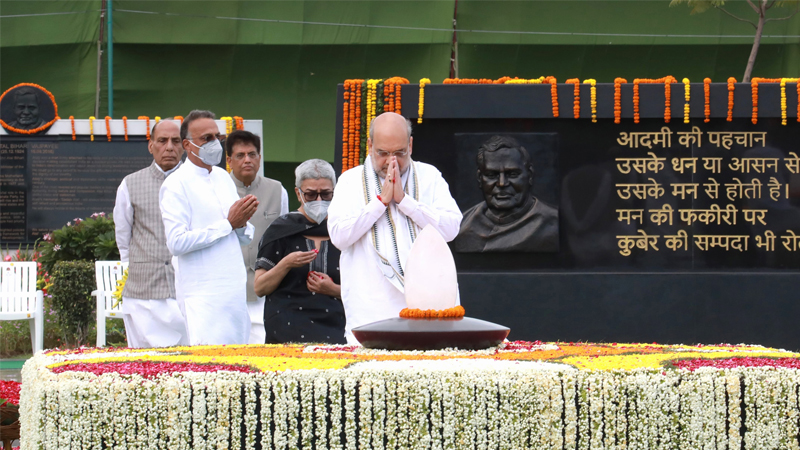 In his tweets, Shri Amit Shah said that revered Atal ji spent every moment of his life in restoring the glory of Maa Bharati. He began a new era of welfare of the poor welfare and good governance in Indian politics and at the same time made the world realize the courage and strength of India. Tributes to him on his death anniversary today.