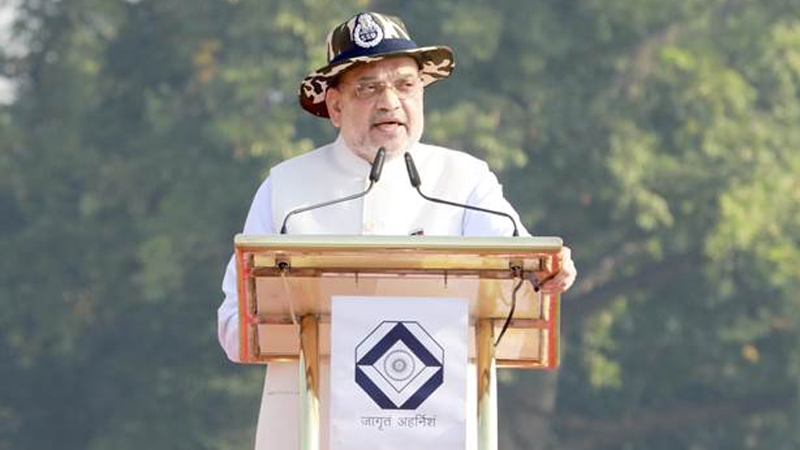 On the occasion of ‘Police Commemoration Day’, the Union Home and Cooperation Minister, Shri Amit Shah paid tributes to martyred personnel of the Police and CAPFs at the National Police Memorial in New Delhi, today. Many dignitaries including Union Minister of State for Home Affairs, Shri Ajay Kumar Mishra, Shri Nishith Pramanik and Union Home Secretary were present on the occasion. 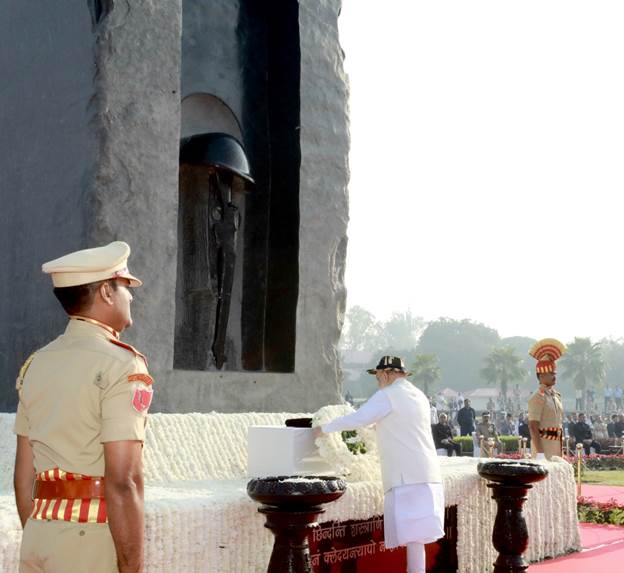 In his address the Union Home and Cooperation Minister, Shri Amit Shah said today India is progressing in every field and after 75 years of Independence, we can say with satisfaction that we are definitely moving towards our goal with determination and speed. Shri Shah said that at the core of the innumerable achievements made by the country, lies the supreme sacrifice of the brave personnel of the Police and the CAPFs. He said that more than 35,000 personnel of Police Forces and CAPFs from across the country have made the supreme sacrifice while protecting the internal security and borders of the country. Paying a humble tribute to all those martyred soldiers on behalf of a grateful Nation, the Union Home Minister said that the sacrifices of the soldiers for the defense of the country will not go in vain and India will continue to move forward on the path of development. 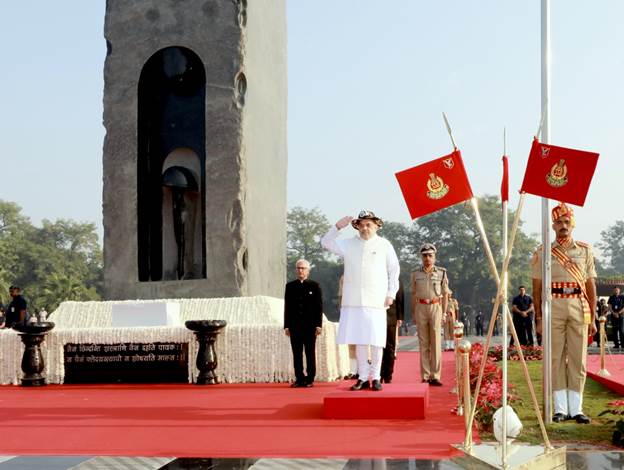 The Union Home Minister said that the police forces across the country discharge their responsibilities and perform their duties even in the most difficult situations to ensure the internal security of the country and that is why a large nation like India is progressing on the path of development today. He said police perform a variety of functions ranging from countering terrorists to petty crimes, maintaining order during large gatherings and saving lives by being the first responder at the time of disasters and accidents. Shri Shah said that recently the world has faced with the COVID-19 pandemic and in the collective efforts made by the entire country under the leadership of Prime Minister Narendra Modi, our police personnel have been at the forefront to deal with the pandemic. Shri Shah said that the policemen, without caring about their lives, have performed their responsibilities very well, from taking people to the hospital, to providing all possible help to the victims and ensuring law and order during the lockdown. He said that the policemen performed these responsibilities selflessly and it is the result of these organized efforts that today India has come out of the difficult phase of the COVID-19 pandemic with success.

Shri Amit Shah said that under the leadership of Prime Minister Narendra Modi, there has been a very positive change in the internal security scenario in the country in the few last years. He said that earlier there were reports of violent incidents from North East, Jammu and Kashmir and Left Wing Extremism affected areas on a daily basis. But in the last eight years, in place of the Armed Forces Special Powers Act in the North East, special power is being given to the youth for their bright future. Shri Shah said that more than 70% reduction in incidents of violence in the North East is a sign of a prosperous North East. Similarly, in Jammu and Kashmir also, there used to be stone pelting by the youth, but today the same youth are contributing in the development of Jammu and Kashmir in a democratic way by becoming Panchs and Sarpanchs. He said that in the Left Wing Extremism affected areas too many violent incidents used to happen earlier but today the National Anthem is sung in Eklavya schools and the Tricolour is hoisted in every house. The Union Home Minister said that under the leadership of Prime Minister Narendra Modi, the Union Home Ministry has taken many proactive steps to ensure the internal security of the country and police forces and CAPFs across the country have taken those steps to the last mile. He said that today most of the hotspots in the country have become almost free from anti-national activities. Shri Shah said that the government led by Prime Minister Narendra Modi is fully committed to the welfare of police personnel. Be it ensuring Health Services, be it improving of the Housing Satisfaction Ratio and Humanizing the roster of duty hours, the Union Home Ministry has achieved definite results by working very well on these three points. He said that through the Ayushman CAPF scheme, the Government under the leadership of Prime Minister Narendra Modi has distributed about 35 lakh cards and so far an amount of more than Rs. 20 crore has also been disbursed. Shri Shah said that with the help of the CAPF e-Awas portal, there has been a lot of ease in proper distribution of quarters and separate family housing facilities. He said that under the leadership of Prime Minister Narendra Modi, the government has given priority to the housing satisfaction rate, as a result of which the housing satisfaction ratio was 37% in 2014, which has increased to 48% at present. Apart from this, construction of more than 31,000 houses has been completed, about 17,000 houses are under construction and more than 15,000 additional houses are proposed to be constructed. As a consequence, our housing satisfaction rate will increase from 37% to 60%. Shri Shah said that the government has taken several steps to provide trained man power in the police forces by encouraging employment to NCC cadets. Grace marks are being given of 5%, 3% and 2 for ‘C’, ‘B’ and ‘A’ certificates respectively. 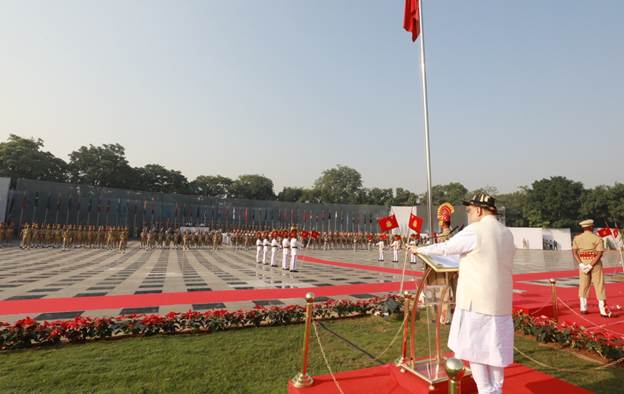 Shri Amit Shah said that the Atal Rock which we see in the form of the National Police Memorial is a symbol of the unshakable fearlessness of our police personnel and their devotion to duty. Shri Shah said that the Central Government under the leadership of Prime Minister Narendra Modi is committed to the safety and convenience of the Police Forces and CAPF’s soldiers and their families and will always work in this direction.