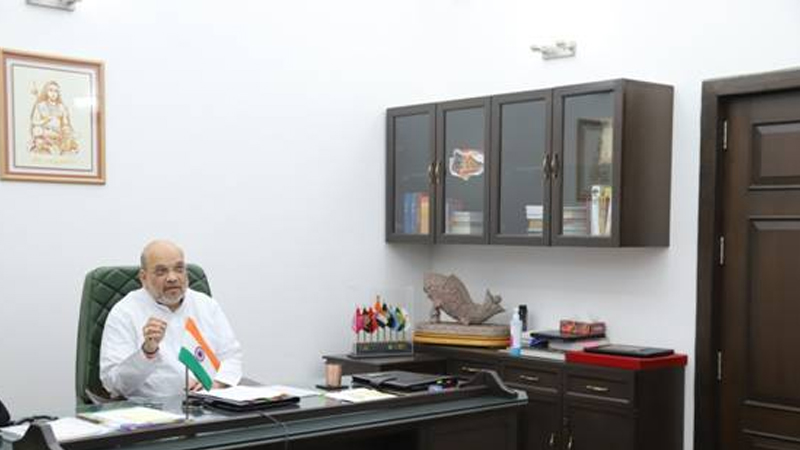 Union Home Minister, Shri Amit Shah held a review meeting, through video conferencing today, with the Chief Ministers of Odisha, West Bengal and Andhra Pradesh and the Lt. Governor of the Andaman & Nicobar Islands, to assess their preparedness and that of Central Ministries and agencies concerned, to deal with the situation arising out of Cyclone ‘Yaas’, which is forming in the Bay of Bengal. This follows yesterday’s high level review meeting by the Prime Minister, Shri Narendra Modi.

Shri Amit Shah specifically reviewed and re-iterated to the States/ UT administrations to make adequate power backup arrangements in all COVID-19 hospitals, labs, vaccine cold chains and other medical facilities. Further, he advised them to ensure adequate stocks of all essential medicines and supplies in hospitals, keeping in view likely disruption of movement of vehicles. For health facilities, including temporary hospitals, likely to be affected by the cyclone, the Union Home Minister advised them to make adequate arrangements for securing them from losses and for evacuation of patients in advance, if necessary. The Union Home Minister said advance action taken in this regard on the Western coast ensured that there was no adverse impact on any medical facility.

The Union Home Minister also reviewed the impact of the cyclone on oxygen generation plants located in the States of West Bengal, Odisha and Andhra Pradesh. He advised them to make advance planning for keeping a buffer stock of oxygen for two days and movement of oxygen tankers to allocated States, so that in case of any disruption, supply to allocated States is not impacted. Shri Amit Shah also asked the State Governments to ensure the safety of oxygen generation plants.  He also emphasized the need to make necessary arrangements for safety of power plants to ensure uninterrupted power supply to hospitals and health facilities.

The safety of all shipping and fishing vessels, and all ports and oil installations in the area was also reviewed during the meeting. In this regard, the Union Home Minister also reviewed the preparedness of the concerned States and UT to ensure that all fishermen are brought back to shore and the timely evacuation of people from low lying and vulnerable areas. He advised them to disseminate messages in local languages over mobile phones, television, social media and through village panchayats, with a view to educate and motivate people. As practiced by Odisha, volunteers, such as Home Guards, NCC and civil defence may also be mobilized in helping in the evacuation of people, Shri Amit Shah said. 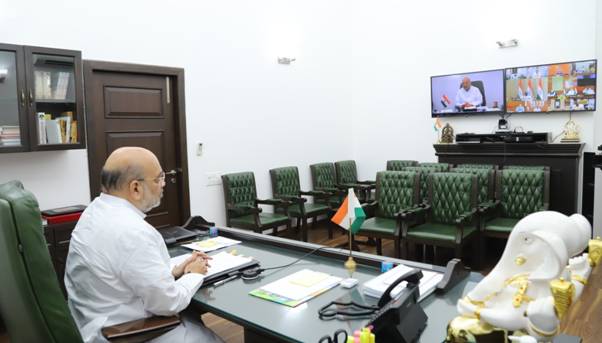 Shri Amit Shah assured the States and the Union Territory of all cooperation of the Central Government and its agencies, and directed senior officers for the same. He said that maximum resources, both Government and private, should be utilized to tackle the situation. The Union Home Minister re-iterated that under the leadership of Prime Minister Shri Narendra Modi, India will be able to successfully handle the impending cyclone.

Shri Amit Shah said that a 24×7 control room is functioning in the MHA, which can be contacted at any time for any assistance by the States and the Union Territory. He said the Indian Coast Guard, the Navy, the Army and Air Force units have also been put on standby and surveillance aircraft and helicopters are carrying out aerial sorties.