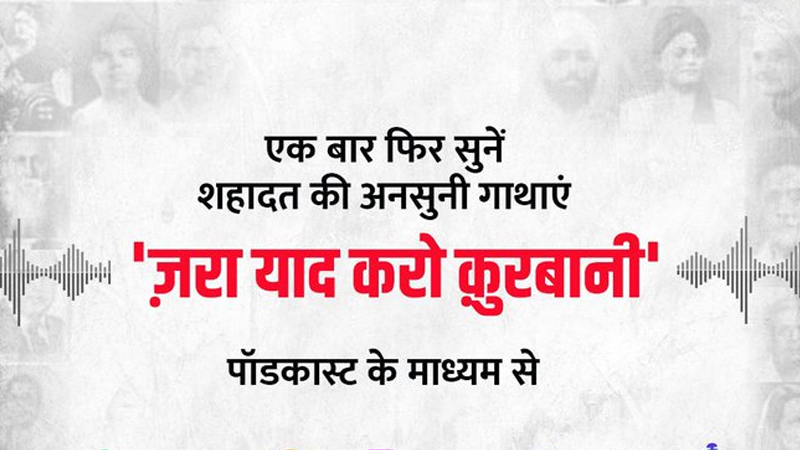 Ministry of culture is organsing Azadi ka Amrit Mahotsav to celebrate 75 years of Independence and as  part of Azadi Ka Amrit Mahotsav, Union Minister for Culture and Tourism , Sh. G.K Reddy launched the Amrit Mahotsav Podcast. This podcast series is a tribute to the persons and movements that significantly contributed to India’s freedom struggle, some of which have not found a place in the conventional storyline.

The first series, Zara Yaad Karo Qurbani, went live with an episode based on the Indian National Army (also known as the Azad Hind Fauj). New episodes will be added on a weekly basis.

As an ode to the sacrifices made, it is only befitting to salute these heroes by recollecting their stories of courage and valour as part of commemorating 75 years of India’s Independence. Disseminating these stories hopes to fulfil a multi-pronged purpose of sensitize the audience to the challenges and struggles faced by those who fought for country’s Independence, to instil nationalistic pride and serve as an inspiration for those listening, and to highlight the unsung heroes of the freedom struggle.

The podcast can be heard at https://amritmahotsav.nic.in/freedom-movement.htm