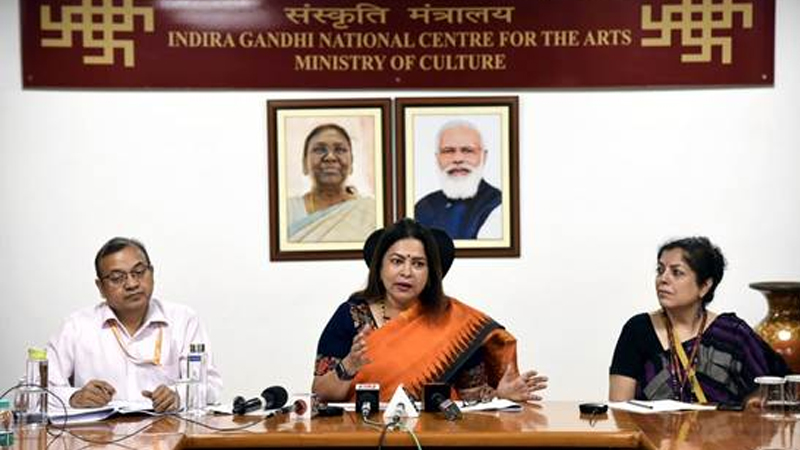 Durga Puja is considered to be one of the biggest festivals around the world. This year makes it more special as the UNESCO has inscribed Durga Puja in the UNESCO’s Representative List of Intangible Cultural Heritage of Humanity and it is the first Indian festival to do so.

As part of promoting India’s intangible cultural heritage, Minister of State for Culture and External Affairs, Smt. Meenakashi Lekhi in a press conference highlighted the importance of inscription of Durga Puja in the UNESCO’s Representative List of Intangible Cultural Heritage of Humanity and urged everybody to come together and celebrate the recognition of the festival at the international level.

Minister of State for Culture and External Affairs, Smt Meenakashi Lekhi, emphasised on the concerted efforts of the government in promoting the incredible culture and heritage of India. She also said , “India has been selected to the Intergovernmental Committee of UNESCO’s 2003 Convention for the Safeguarding of Intangible Cultural Heritage (ICH) for the 2022-26 cycle. Along with achieving this feat, India has sent ‘Garba’ as the next consideration in the UNESCO’s Representative List of Intangible Cultural Heritage of Humanity”. 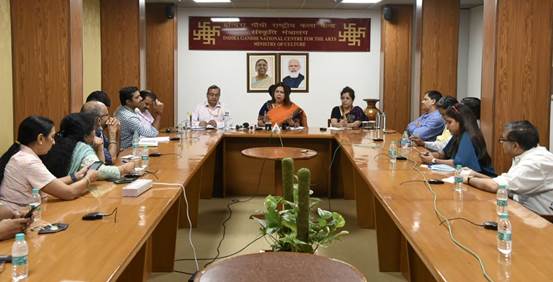 Giving more details, Smt Meenakashi Lekhi explained the lengthy procedure involved and how the Whole of Government Approach made it possible to get Durga Puja successfully inscribed on UNESCO’s list.

Smt Lekhi said that Ministry of Education is  the nodal agency for UNESCO in India while Ministry of Culture is involved in preparing dossiers for inscriptions on UNESCO list and the Ministry of External Affairs mobilises international support to get the proposal voted successfully at the UNESCO. She informed that with the help of Sangeet Natak Akademi of M/o Culture, the dossier for Durga Puja was prepared and sent to UNESCO. She added that everyone should rise above petty politics and come together to celebrate the inscription of Durga Puja in the UNESCO’s Intangible Cultural Heritage List.

She further added, “Nominating the Durga Puja in Intangible Cultural Heritage list, is country’s pride. We have taken all the advice into consideration and as per the direction we nominated Durga Puja as the Intangible culture of the country because cutting across states, it is celebrated by everyone. In this process, it brings everyone together, it’s Unity in Diversity”.

The Union Minister also acknowledged the invaluable contribution of the artisans involved in making the idols for the Durga Puja and the Pandals which give the entire festival its fanfare and fervour. Accordingly, to celebrate their great contribution, a special function has been organized by the Ministry of Culture on 24th September at Indian Museum in Kolkata where a select group of 30 artisans and artists, intimately involved in Durga Puja celebrations, will be honoured. These include Shilpis of Durga’s Protima, members from RajBaris, Pandal makers, artists, the Dhakis (drummers), the Pujaris, the jewellery makers of Protimas among others. Smt Meenakashi Lekhi and MoS Education, Dr. Subhas Sarkar will remain present on the occasion.