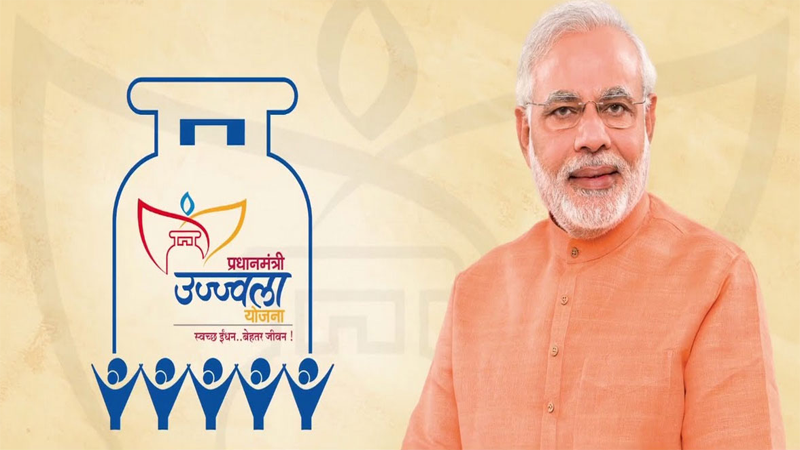 Nine out of 10 Indian homes now use cleaner cooking gas, a record improvement over just about five in 10 homes four years ago, as a result of the Modi government’s relentless effort at popularizing cleaner fuel and subsidizing subscription to poor families.

State oil companies, pushed by the oil ministry, have added record 10 crore consumers since April 2015, expanding the active consumer base by two-thirds. This has increased access to cooking gas, or liquefied petroleum gas (LPG), to 89% of the country’s households by October end, a sharp jump from 56.2% on April 1, 2015.

The increased LPG coverage has primarily been driven by the government’s determination to take cleaner fuel to more and more homes, which forced state oil companies to reach out to potential customers and simplify subscription process. A subsidy for fresh LPG connection to poor families helped fuel demand.

Rural areas still have untapped potential with more than half of all consumers, or about 13.6 crore, residing in urban areas. India has a total of 24.9 crore active customers, of which 22.9 crore receive subsidy. Those with double cylinders comprise barely half of the consumer universe—one reason why new customers do not entirely give up polluting fuels as they are forced to fall back on their traditional fuel while refill is on way.

Northern states have the highest 99.9% LPG coverage ratio, with Punjab (136%) and Delhi (126%) leading the table. Chandigarh, Haryana, Himachal Pradesh, J&K, and Uttarakhand have recorded more than 100% subscription while Rajasthan (95.4%) and Uttar Pradesh (89.7%) have lower coverage.

The government calculates LPG coverage ratio by factoring in the number of subscribers and the current population, which is estimated by adding certain growth rate to 2011 census figures. Due to increased migration, some of the states like Delhi and Punjab end up having population that’s higher than the estimates, resulting in an LPG coverage ratio of more than 100%, an official said.

Overall, Goa has the highest coverage ratio of 139%. Telangana, Puducherry, Kerala and Mizoram are other states with higher than 100% coverage. Southern states together have coverage of 99.7% while western states have 81.9%.

With 74.6% coverage, the eastern states are at the bottom of the pile although they have come a long way from their traditionally poor access to clean energy.

The worst among major states are Jharkhand (65.4%), Bihar (67%) and Odisha (66.9%). In Gujarat too, the LPG coverage ratio is 66.6% but that’s more because the state is already well connected to the alternative piped natural gas. Most north-eastern states have less than 80% coverage.