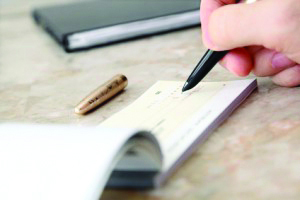 With aim to give momentum to idea of cashless-economy Parliament on February 8 passed a bill seeking to enable the Centre and state governments to specify industrial units which will have to pay wages only either through cheques or by transferring into bank accounts. The Payment of Wages (Amendment) Bill 2017, which was passed by voice vote in Rajya Sabha on february 8, also enables the employers to pay wages to workers through cheque or by transferring into their bank account without their written authorisation. Lok Sabha had passed the bill on February 7.The bill replaces the Payment of Wages (Amendment) Bill 2016, which was introduced in Lok Sabha on December 15, 2016 and repeals the Payment of Wages (Amendment) Ordinance 2016 promulgated on December 28, 2016.