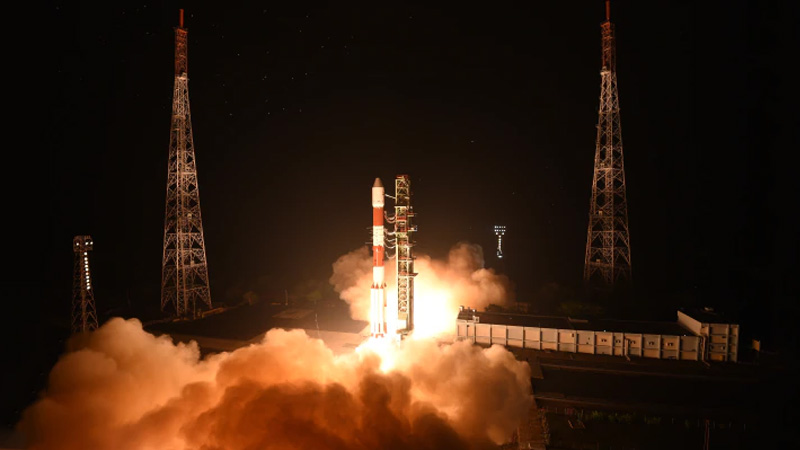 The satellite EOS-04 is realised at U R Rao Satellite Centre, Bengaluru. It is a Radar Imaging Satellite designed to provide high quality images under all weather conditions for applications such as Agriculture, Forestry & Plantations, Soil Moisture & Hydrology and Flood mapping. Weighing about 1710 kg, it generates 2280 W power and has a mission life of 10 years.

The vehicle also placed two small satellites a student satellite (INSPIREsat-1) from Indian Institute of Space Science & Technology (IIST) in association with Laboratory of Atmospheric & Space Physics at University of Colorado, Boulder and a technology demonstrator satellite (INS-2TD) from ISRO, which is a precursor to India-Bhutan Joint Satellite (INS-2B). Co-passenger satellites were successfully separated from the PSLV in a predetermined sequence.

In a tweet, the Prime Minister said; “Congratulations to our space scientists on the successful launch of PSLV C52 mission. EOS-04 satellite will provide high resolution images under all weather conditions for agriculture, forestry and plantations, soil moisture and hydrology as well as flood mapping.”