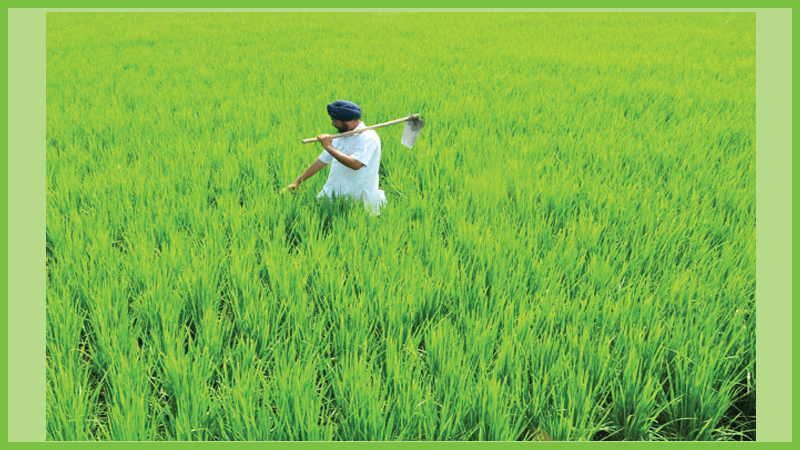 The 1st anniversary of starting of the Pradhan Mantri Kisan Samman Nidhi (PM-KISAN) is 24th February, 2020. The scheme was started with a view to augment the income of the farmers by providing income support to all landholding farmers’ families across the country, to enable them to take care of expenses related to agriculture and allied activities as well as domestic needs.

Under the Scheme an amount of Rs.6000/- per year is transferred in three 4-monthly installments of Rs.2000/- directly into the bank accounts of the farmers, subject to certain exclusion criteria relating to higher income status. The Scheme was formally launched on 24th February, 2019 by the Prime Minister Shri Narendra Modi at a grand function at Gorakhpur, Uttar Pradesh.

The Scheme initially provided income support to all Small and Marginal Farmers’ families across the country, holding cultivable land upto 2 hectares. Its ambit was later expanded w.e.f. 01.06.2019 to cover all farmer families in the country irrespective of the size of their land holdings. Affluent farmers have been excluded from the scheme such as Income Tax payers in last assessment year, professionals like Doctors, Engineers, Lawyers, Chartered Accountants etc and pensioners pensioners drawing at least Rs.10,000/- per month (excluding MTS/Class IV/Group D employees). Special provisions have been made for the North-Eastern States where land ownership rights are community based, Forest Dwellers and Jharkhand, which does not have updated land records and restrictions on transfer of land.

The Common Service Centres (CSCs) have also been authorized to do registration of the farmers for the Scheme upon payment of fees. The above facilities on Farmers Corner are also available through CSCs. The total number of beneficiaries expected to be covered under the Scheme is 14 crore on the basis of the Agriculture Census, 2015-16. Beneficiaries are entitled to their benefit from the 4-monthly period in which their name is registered by the State Nodal Officer (SNO) in the PM-Kisan Portal. The Union Ministry of Agriculture & Farmers’ Welfare has also launched a 24×7 automated IVRS based helpline for status verification. Farmers can dial 1800-11-5526 or 155261 to know the status of their application. Besides, farmers can now reach out to the PM KISAN team on email pmkisan-ict@gov.in. State Governments are organizing camps periodically for the farmers to facilitate correction of application details.

All installments falling due on or after 1st December, 2019 are being paid only on the basis of Aadhaar authenticated bank data of beneficiaries to ensure genuine beneficiaries and avoid duplicacy in payments, except in respect of the States of Assam and Meghalaya besides the UTs of Jammu & Kashmir and Ladakh which are exempted from this requirement till 31.3.2020.

The Central Government has already released more than Rs. 50850 crores till now. Total number of beneficiaries to be covered under the scheme is about 14 crore, based on estimates of the Agriculture Census 2015-16. As on 20.02.2020, on the basis of the data of beneficiaries uploaded on the PM-Kisan web portal by the State/UT Governments 8.46 crores farmer families have been given the benefits. Statewise details are as given below:
A comprehensive Monitoring Mechanism has been put in place for effective implementation of the scheme. At the Centre a High Level Committee, comprising Union Ministers of Finance, Agriculture and Land Resources exists to make necessary modifications in the Scheme.

A Review Committee at the National Level under the Chairmanship of Cabinet Secretary with Secretaries of Department of Expenditure (DEA), Department of Agriculture, Cooperation & Farmers Welfare (DAC&FW), Land Resources and Ministry of Electronics and Information Technology (MeITY) as members periodically reviews and monitors implementation of the scheme. The Central Project Monitoring Units (PMU) under JS-level CEO monitors implementation and publicity etc of the scheme. At the States/UTs level, Nodal Department and PMUs constantly monitor implementation of the scheme while there are State & District Level Monitoring Committees besides State and District Level Grievance Redressal Committees.