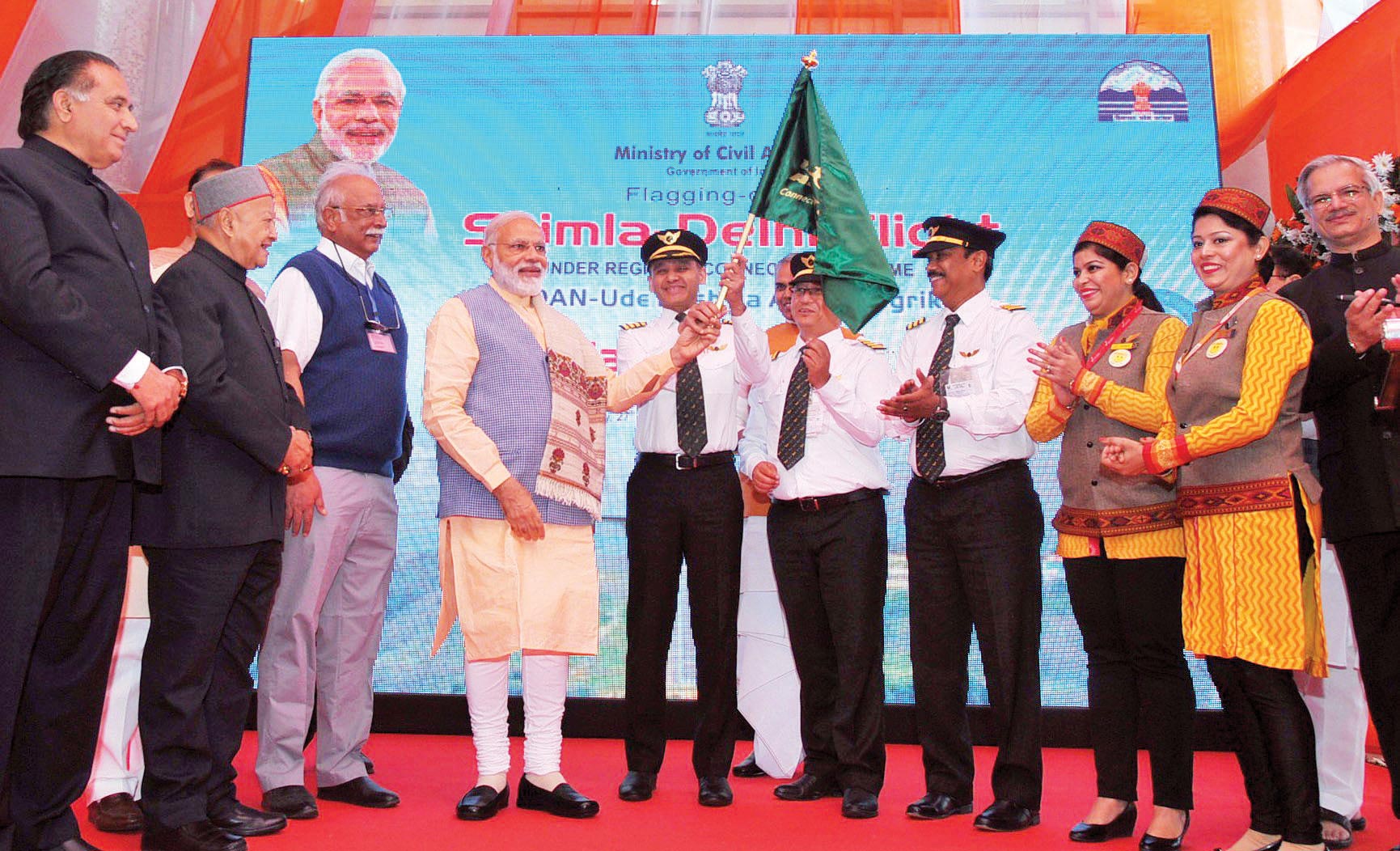 He said the lives of the middle class are being transformed, and their aspirations are rising. He said that given the right chance, they can do wonders. He added that the aviation sector in India is filled with opportunity. Mentioning the scheme name – UDAN – Ude Desh Ka Aam Naagrik – he said that aviation was once considered the domain of a select few, but that has changed now. He said the new civil aviation policy marks an opportunity to cater to the aspirations of the people of India. He said Tier-2 and Tier-3 cities are becoming growth engines, and enhanced aviation connectivity between them will be beneficial. He said the UDAN scheme will help the tourism sector in Himachal Pradesh.