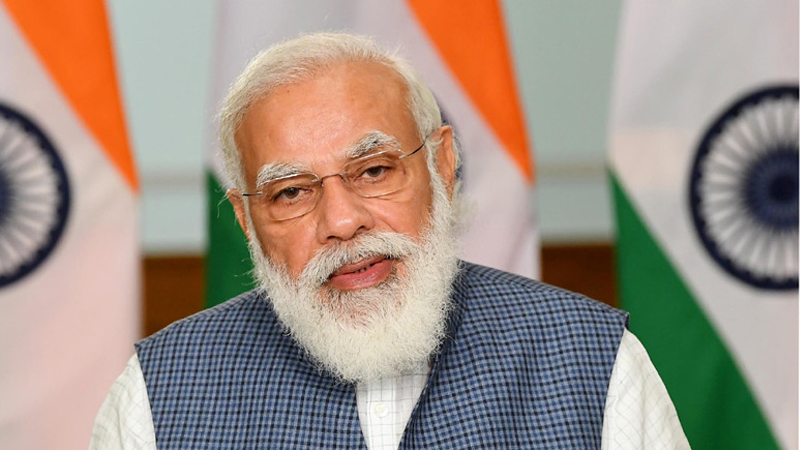 Prime Minister Shri Narendra Modi on September 21 laid the foundation stone for nine National Highway Projects worth Rs 14000 crore in Bihar and launched the project to provide internet services through Optical Fibre in the state today through video conferencing.

Speaking on the occasion, the PM said these highway projects would improve the connectivity in Bihar. The highway projects include construction of 3 large bridges, upgrading of highways into 4 lanes and 6 lanes.He said all rivers in Bihar will have bridges confirming to 21st century specifications and all major NHs will stand widened and strengthened

He termed the day as not only historic for Bihar but for the entire country as the Government is taking major steps to make its villages the mainstay of Atma Nirbhar Bharat and that this is starting from Bihar today. He said under this project 6 Lakh villages would be provided internet services through Optical Fibre cable in 1000 days. This includes the 45,945 village in Bihar. He said it was inconceivable a few years ago that the number of Internet users in rural areas would be more than those in the urban areas.

He said because of the efforts of the government optical fiber has already reached about 1.5 lakh Village Panchayats and more than 3 lakhs Common Service Centers.
Explaining the benefits that accrue through the speedier connectivity, he said it would provide access to best of the reading material to the students, along with access to tele-medicine and access to information on seeds, new techniques nationwide markets to the farmers apart from real time data on weather conditions. Farmers can also easily transport their produce all over the country and world, he said.

The PM said the aim of the Government is to provide Urban facilities to Rural Areas in the country.