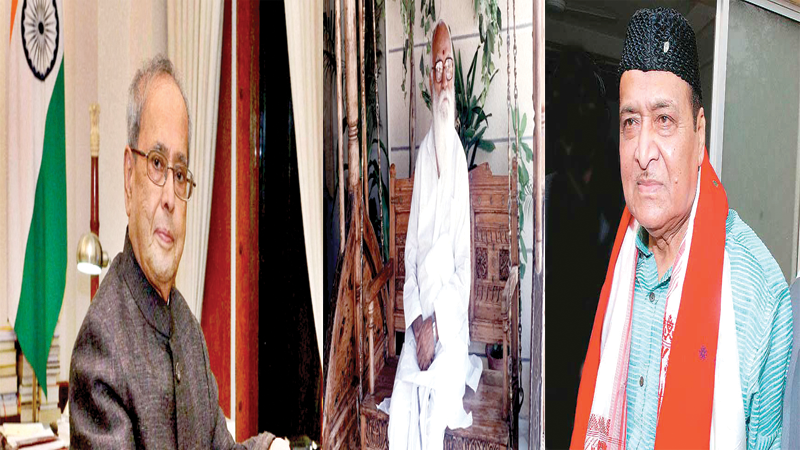 The Prime Minister Shri Narendra Modi congratulated Bharat Ratna Awardees. Shri Narendra Modi praised Nanaji Deshmukh for his contribution to the society and said “Nanaji Deshmukh’s stellar contribution towards rural development showed the way for a new paradigm of empowering those living in our villages. He personifies humility, compassion and service to the downtrodden. He is a Bharat Ratna in the truest sense.”

“The songs and music of Bhupen Hazarika are admired by people across generations. From them radiates the message of Justice, harmony and brotherhood. He popularized India’s music traditions globally. Happy that the Bharat Ratna has been conferred on Bhupen Da.” the Prime Minister said.

While speaking on Shri Pranab Mukherjee he said, “Pranab an outstanding statesman of our times. He has served the nation selflessly and tirelessly for decades, leaving a strong imprint on the nation’s growth trajectory. His wisdom and intellect have few parallels. Delighted that he has been conferred Bharat Ratna.”

The BJP national President Shri Amit Shah said in his tweet “I congratulate Shri @CitiznMukherjee ji on being conferred the Bharat Ratna. He is a statesman whose long years in public life as a law maker and dedication towards serving the nation is an inspiration. Few people have dominated India’s public discourse for as long as he has.

He added “Bharat Ratna is a befitting tribute to Nanaji Deshmukh ji. Nanaji dedicated his entire life to serving the poorest among the poor. He was a firm believer in the philosophy of integral humanism, did remarkable work for Gramin Vikas & established the Deendayal Research Institute.

He said “This recognition for Bhupen ji is a matter of great pride for the people of Assam & North East as much as it is for the whole of India, which continues to be mesmerised by the earthiness of his music. Grateful to Prime Minister Modi for recommending the Bharat Ratna for him.”

He added “Bhupen Hazarika ji, popularly known as Sudhakantha has made significant contribution to Indian music and film industry. His music was full of empathy and his art held out a strong message for humanity and universal brotherhood.”