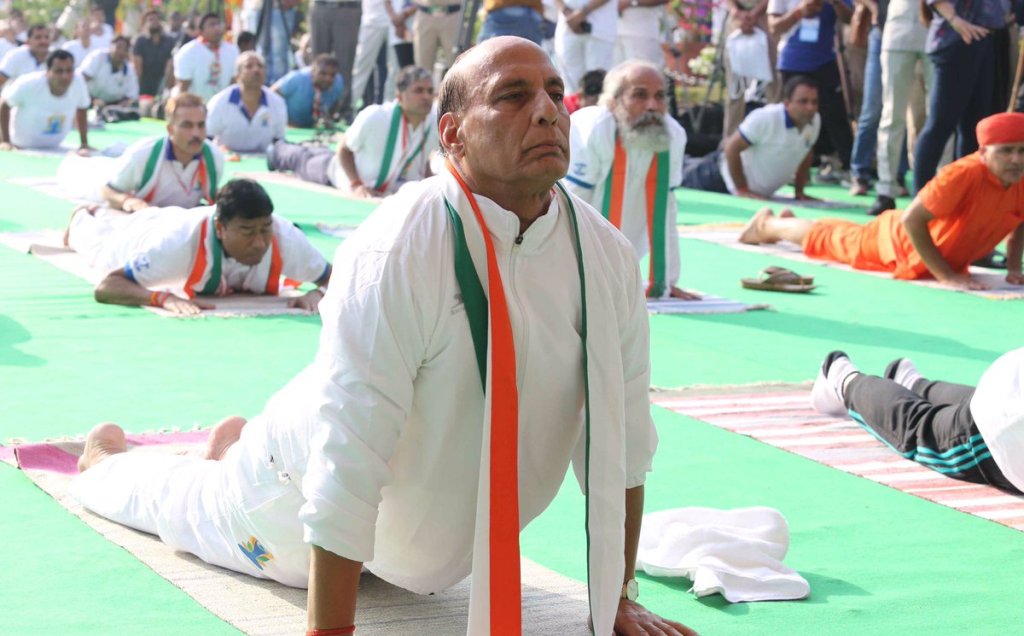 Addressing enthusiastic yoga practitioners, including scores of children Raksha Mantri said Yoga Day has become historic date for human civilisation. It is playing pivotal role in getting the whole world together and people from Tokyo to San Francisco are welcoming the morning sun rays through Yoga.

Shri Singh while praising Prime Minister Shri Narendra Modi for his cultural diplomacy said, unprecedented 177 nations supported Yoga Day resolution in the United Nations. He allayed the fears of that Yoga belong to any religion. It transcends religion and is for whole humankind. He pointed out that even Islamic countries supported the resolution which itself proves that point.