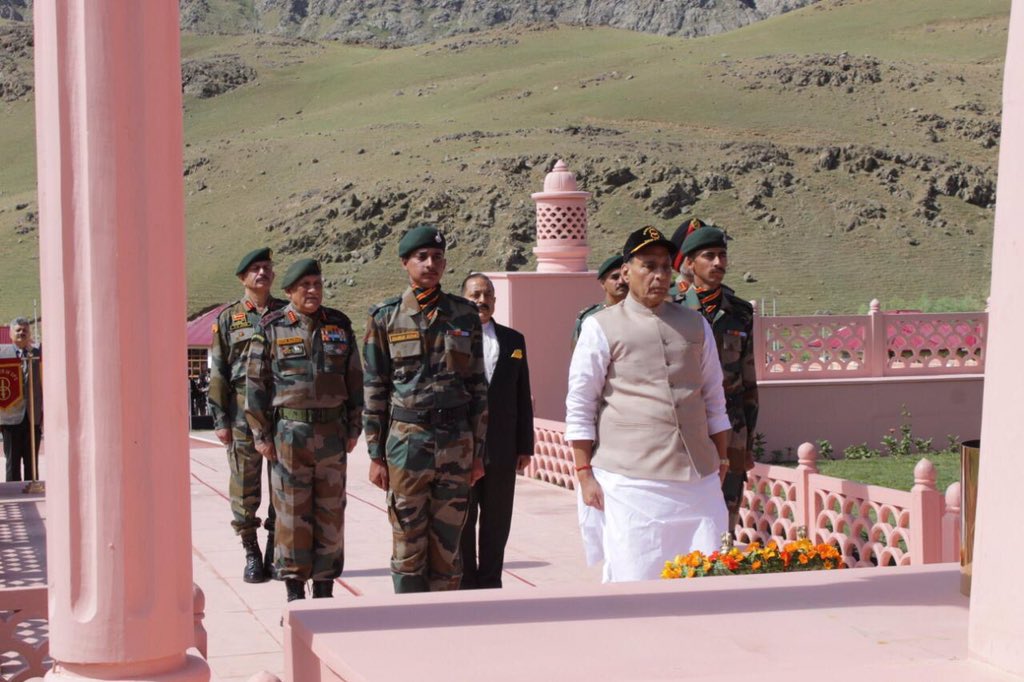 He subsequently visited the ‘Veer Bhoomi’ and the ‘Hut of Remembrance’ which are co-located in the Memorial premises. During his visit, the Raksha Mantri was briefed on Operation VIJAY including the heroic actions of the Indian troops in thwarting the evil designs of the enemy in the Dras, Kargil and Batalik Sectors.

As part of the commemoration of the 20thanniversary of Kargil Vijay Diwas, Shri Rajnath Singh dedicated a ‘Memory Lane’ which displays information on a few important battles. The ‘Memory Lane’ recapitulates the gallant deeds of the brave Indian Army Officers, Junior Commissioned Officers and Jawans who fought against all odds to rid the Indian territory of enemy intruders.

Later, Lieutenant General YK Joshi, General Officer Commanding Fire & Fury Corps, himself a veteran of Operation VIJAY, briefed the Raksha Mantri at Lamochan View Point on various battles that took place during the Kargil War in 1999. The Raksha Mantri also took the opportunity to share a cup of tea and interact with the soldiers presently deployed in the Sector. He appreciated the dedication of the troops who are defending the borders, in these challenging conditions and conveyed the appreciation of the Nation to the Indian Army, for always keeping ‘Nation First’.