Every month, since March 2015, the Prime Minister conferences with the cutting edge of the government’s implementation machine consisting of the secretaries of various ministries and departments and the chief secretaries/administrators of India’s twenty-nine states and seven union territories (UTs). Over an hour or two, the Prime Minister directly addresses a wide array of public grievances, reviews key infrastructure projects and scrutinises the implementation of programmes. This is PRAGATI, or Pro-Active Governance and Timely Implementation, a radical innovation which imparts much momentum to the usually slow business of governance.

PRAGATI takes coordination among ministries, central government departments and state governments to a whole new level. Through a combination of videoconferencing, digital data management and geospatial information systems, it enables the PMO to track the progress of central and state government ventures in real time, with current information on the ground-level situation and the latest visuals. For their part, officials are able to exchange information and discuss bottlenecks and work out how they can be addressed, often in advance of the meeting once the agenda has been circulated. The pressure of direct accountability to the Prime Minister delivers results.

The system makes for transparency and accountability and is in keeping with the spirit of cooperative federalism. It brings state-level officials face to face with central government secretaries and the PMO, thereby allowing tripartite, no-holds barred dialogues on how to tackle issues of implementation and delivery. It cuts through the complex, multi-level decision-making mechanism and reconciles the conflicting priorities of stakeholders. 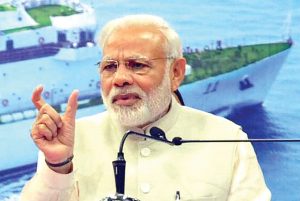 Consider the setting at one of the early PRAGATI meetings. Prime Minister Narendra Modi’s digital image dominates the conference room, where senior officials of Jammu & Kashmir (J&K) have gathered to discuss the Kishanganga hydroelectric project in Bandipora district. Chief Secretary Braj Raj Sharma and his team are in suits and jackets; Srinagar can be bit nippy in late September. The Prime Minister is in his trademark `Modi kurta’, as Delhi is still too warm for long sleeves.

Ten analogue attendees are grouped around a table with the Chief Secretary at the head, directly facing the Prime Minister. Another ten participants are digitally present, sharing the screen with him. It is 2015 and the Prime Minister is keen that the Kishanganga plant be commissioned without any delays. So far, the project has had a rough passage, with Pakistan having sought to stymie it by petitioning The Hague, but India managing to carry on.

Describing the status of the 330 megawatt (MW) project, the Chief Secretary tells the Prime Minister that all but three of the 382 hectares required have been acquired, which involves displacing 185 families. The plan drawn up for their resettlement and rehabilitation was unfortunately found ‘unsustainable’ and has been revised. The Prime Minister tells the power secretary to coordinate with the J&K government to expedite the project, while paying particular attention to comfortably resettling the displaced population. 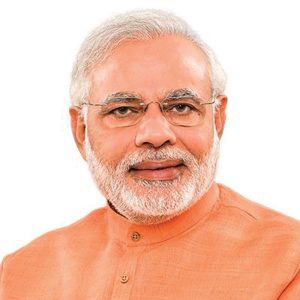 Kishanganga was just one of the many projects which received a gentle prod from the Prime Minister at the sixth PRAGATI meeting held on 30 September 2015. Face to face with the Prime Minister, officials across the country found themselves responding directly to him on projects under their purview.

Prior to PRAGATI, officials at the Centre and state levels struggled with time lapses in communication and gaps in available information to the detriment and delay of key projects. These setbacks resulted in escalating project costs and non-performing assets (NPAs), thereby putting stress on the economy and failing to benefit the targeted beneficiaries. When infrastructure projects suffered from time and cost overruns, other sectors of the economy were affected.

The lack of coordination, information and timely communication led to a culture of procrastination. No clear ideas emerged on resolution of glitches, nor was there an urge towards speedy implementation. The laid-back attitude stemmed from the fact that projects were not subjected to regular review, so accountability for delays was never fixed.

It was evident that continual oversight and cognisance of project and policy-related grievances was urgently required in order to enhance the capacity of government to implement programmes. For infrastructure projects, videoconferencing supported by up-to-the-minute data and geospatial imaging, was needed for a comprehensive (rather than cursory) review.

Once the PMO had delineated its requirements for an interactive monitoring platform, the National Informatics Centre came up with the design for PRAGATI. The first step, naturally, was to ensure that each of the secretaries and chief secretaries had videoconferencing facilities. It was decided that reviews would be held every month, at 3.30 pm on the fourth Wednesday, henceforth dubbed as PRAGATI day.

The process is as follows: issues flagged by PMO (public grievances, ongoing programmes and pending projects) and state governments are uploaded a week prior to the videoconference. Each of the secretaries and chief secretaries has a user ID and password with which he/she logs in to view issues related to their department and posts comments or updates within three days. The PMO reviews their entries before the meeting.

When the Prime Minister reviews a project, all the concerned officials are patched in and comprehensive details and latest updates are projected on one of the three screens in the PMO conference chamber, where officials sit around a U-shaped table, with the Prime Minister at the head. The cycle is repeated for each item on the agenda throughout the course of the meeting.
For instance, after discussing the Kishanganga project, the Prime Minister took up the ‘undue’ delay in processing patent and trademark applications. The procedures, he said, needed to be brought in line with global standards and overhauled, by drastically reducing the number of forms required. He also examined the solar energy parks in seventeen states and told supervising officials that it was for them to create conditions conducive to speedy implementation.

Moving on to Indian projects in Afghanistan, he was brought up to speed on the progress of the parliament building and the Salma Dam.

He emphasised the importance of expeditious delivery on all Indian ventures in the SAARC region.

Key infrastructure projects in the railway, metro rail, coal and iron mining, road, power, and aviation sectors came up for discussion. These included the Lucknow Metro Rail Project (Phase 1A)—which received a nod of approval from the Prime Minister—the Khurda¬Bolangir broad gauge link in Odisha, the Mumbai Metro Project Line 3 (Colaba–Bandra–SEEPZ) and the Pakyong airport in Sikkim, which he described as being crucial for connectivity and development of tourism.

The maiden PRAGATI conference was held on 25 March 2015, just after record-breaking unseasonal rainfall had played havoc with the Rabi (spring) harvest in north India. The question of ensuring relief for the affected farmers was naturally top of the mind for the Prime Minister and was discussed at the outset.

He also took up two sets of public grievances, involving some twenty people and relating to (a) payment of Employees’ Provident Fund by private sector entities, and (b) income tax refunds. The complaints were dealt with immediately (significantly, it’s been found that intervention through PRAGATI itself leads to systemic improvements, so that such grievances do not arise in future).

(To be continued…)
(The above article is taken from recently published book
‘The Innovation Republic’.