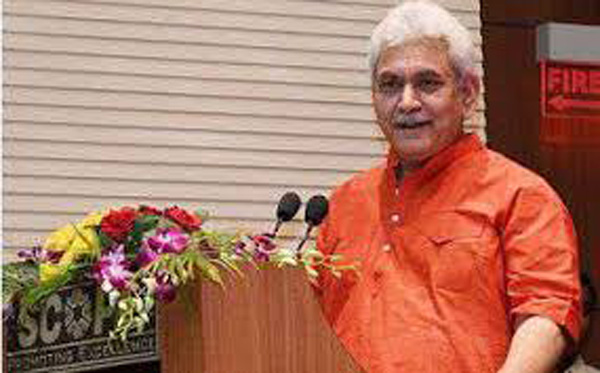 The Minister for Communications Shri Manoj Sinha on October 13 launched the Sampoorna Bima Gram (SBG) Yojana and an initiative for expansion of clientele base of Postal Life Insurance. Talking to media after launching the schemes, the Minister said that the vision of the Prime Minister Shri Narendra Modi to provide banking services through the postal network needs to be taken forward to provide affordable life insurance services to people living in rural areas of the country. He said that all villages under the Saansad Adarsh Gram Yojana will be brought under its ambit.

Shri Sinha said, under the scheme expansion of clientele base of PLI, it has now been decided that benefits of PLI will no more be confined to Government and semi-Government employees, but will also be available to professionals such as Doctors, Engineers, Management Consultants, Charted Accountants, Architects, Lawyers, Bankers etc. and to employees of listed companies of NSE (National Stock Exchange) and BSE (Bombay Stock Exchange). The decision has been taken to enlarge the cover of social security and bring maximum number of people under the protection of Postal Life Insurance (PLI). He said that the postal policies have low premium and high bonus, unlike the Private ones.

The Minister added that the Government is committed to the cause of complete wellbeing of citizens of this country. Expansion of clientele base of Postal Life Insurance (PLI) and ensuring coverage of Rural Postal Life Insurance (RPLI) to all households of Sampoorna Bima Gram villages in each district of the country is a step in that direction. These two major initiatives being undertaken by Department of Posts will serve as an instrument of securing lives of people as well as enhancing financial inclusion.

Postal Life Insurance (PLI), introduced in 1884, is one of the oldest life insurance schemes for benefit of Government and semi-Government employees. Rural Postal Life Insurance (RPLI), introduced on March 24, 1995 on recommendations of Malhotra Committee, provides insurance cover to people residing in rural areas, especially weaker sections and women living in rural areas. Low Premium and High Bonus is the unique feature of PLI and RPLI schemes. As on March 31, 2017, there were 46.8 lakh PLI and 146.8 lakh RPLI policies across the country.