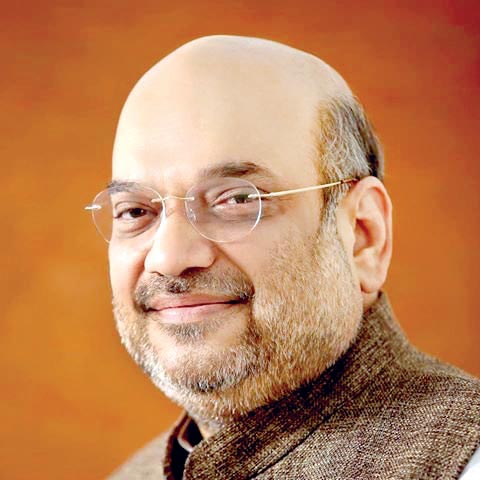 The Congress Party has yet again taken the only path it knows very well- of spreading hate and divisions in our society. Mr. Rahul Gandhi and his party should stop their theatrics and aggression at the earliest. It is becoming increasingly clear that their Modi hatred is fast turning into India hatred. Blinded by disdain for the Prime Minister, they are using the choicest of words and phrases to show India in bad light.

The Congress Party’s ‘Save the Constitution’ campaign is both ironical and comical. In the history of post-1947 India, if there is one political party that has trampled over the Constitution in letter and spirit, time and again, it is the Congress Party.
Right now, the buzzword for the Congress and their friends is ‘impeachment.’ The judiciary, which is an institution that is trusted by 125 crore Indians has invited the wrath of Congress and the Nehru-Gandhi dynasty in particular. I will not get into the reasons (which everybody knows) but I will say that this is a part of a larger trend to demonize and weaken every institution that seeks to maintain its individual identity and not kowtow to the Dynasty.

The Army has repeatedly been the Congress’ target. During the UPA years a Chief of Army Staff was targeted and the entire Army was dragged into political slugfests.

During the same time, when the country was witnessing a grand awakening against the corruption of the UPA, the Congress began a tirade against the CAG. An institution that must stand as a torchbearer of accountability was not spared just because it brought out uncomfortable truths about the Congress and the dynasty.

In the last four years, when the Congress has been facing defeat after defeat, the party is now training its guns (not the Bofors kind) on the Election Commission. The sanctity of the polling process has been questioned. Never for a minute has the Congress introspected- why is it that the people are rejecting us.

Time changes, the context changes but the means as well as the ends remain the same- discredit any institution that comes in the way of furthering the rule of the Dynasty.

The night of 25th June 1975 is unforgettable in the annals of history. That time, the entire Constitution was hijacked and held hostage to the whims and fancies of one leader. Even that assault on our Constitutional democracy came in the wake of our challenging the malpractices of no less than Prime Minister Indira Gandhi.

Congress’ commitment, or lack of it, towards our democracy is also seen in the ways the party has used Article 356 since Independence. In 1957, when Pandit Nehru was the Prime Minister and Mrs. Indira Gandhi the Congress President, the Communist Government in Kerala was dismissed. From the Telugu Desam Party to the Socialists to the Akali Dal, no party has escaped this insult. Just because the Congress did not like a non-Congress government, it was dismissed and their leaders hounded.

When Mr. Rahul Gandhi says Congress made the Constitution, he is continuing his family legacy of humiliating Dr. Babasaheb Ambedkar.

It is also no coincidence that in 1997, the year Mrs. Sonia Gandhi took primary membership of the Congress the Congress-Third Front Government took away promotional benefits of SC/ST employees! It was the Vajpayee Government that amended Article 16(4A) of the Constitution and ensured justice to SC/ST employees. Congress party represents all forms of corruption that are prevalent in our society.

Those who do not trust the Army, the Judiciary, the Supreme Court, the Election Commission, EVMs, the RBI are now saying ‘democracy is in danger!’