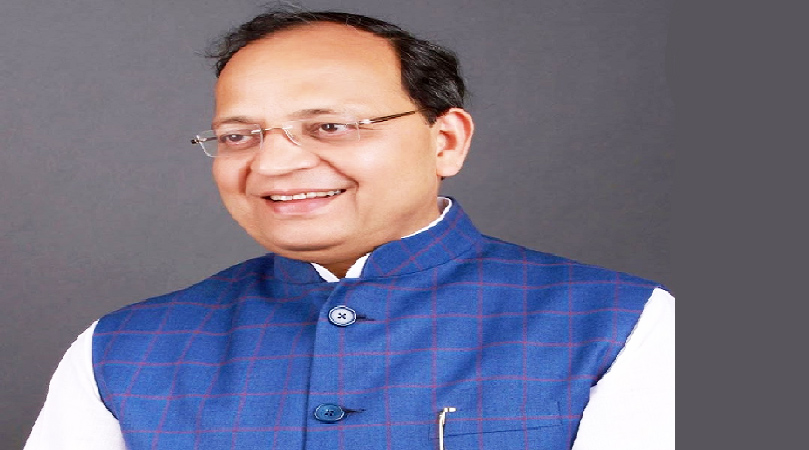 BJP National General Secretary Shri Arun Singh in an exclusive interview with Kamal Sandesh Associate Editors Ram Prasad Tripathy & Sanjeev Kumar Sinha, discussed about the thought behind the ‘Seva Aur Samarpan Abhiyan’ and its notable success. Shri Singh said PM Shri Narendra Modi is a legend led by examples and with bold decisions and visionary leadership he gave confidence to the people to make a ‘New India’. Therefore, for 20 days starting from PM Shri Narendra Modi’s birthday on 17 September to 07 October, the party has celebrated the completion of glorious 20 years of Shri Modi in public office as ‘Seva Aur Samarpan Abhiyan’ throughout the country. Excerpts;

SEVA AUR SAMARPAN ABHIYAN LAUNCHED BY BJP NATIONAL PRESIDENT FROM THE BIRTHDAY OF PM SHRI NARENDRA MODI ON 17 SEPTEMBER WAS CONCLUDED ON 7TH OCTOBER WITH A GRAND SUCCESS. CAN YOU PLEASE TELL A LITTLE ABOUT THE ABHIYAN?


As you know, on 07 October 2021, PM Shri Narendra Modi completed 20 years in public office with more than 13 years as the Chief Minister of Gujarat and the rest as the Prime Minister of India. It was exactly 20 years ago on 07 October 2001, when Shri Narendra Modi became the Chief Minister of Gujarat. He served as CM between 2001 and 2014 and was sworn in as the country’s Prime Minister on May 26, 2014. Shri Modi was sworn in for his second term in May 2019 after serving as the Prime Minister from 2014 to 2019. He is the lone politician in our country who has been serving the nation since last two decades with plentiful achievements and remarkable successes. Therefore, for 20 days starting from PM Shri Narendra Modi’s birthday on 17 September to 07 October, the party has celebrated the completion of glorious 20 years of Shri Modi in public office as ‘Seva Aur Samarpan Abhiyan’ throughout the country.

WHAT IS THE KEY THOUGHT AND INSPIRATION BEHIND THE SEVA AUR SAMARPAN ABHIYAN AND ITS GRAND SUCCESS?

PM Shri Narendra Modi is an icon of good governance for crores of people of the country. He is known for his visionary leadership and extraordinary successes as the Prime Minister. Be it the abrogation of Article 370, the law against Triple Talaq, Ram temple in Ayodhya, CAA, constitutional status to OBC commission, GST and reservation for economically backward section, PM Shri Modi has taken historic decisions for the wellbeing of our society and resolved issues that has been pending since independence of the country. PM Shri Narendra Modi led by examples, became a karma yogi and gave confidence to the people of the nation to make a ‘New India’. Implementation of his decisions laid the foundation of a self-reliant and strong India and for his commitment, the country is emerging as a global leader reversing its prior images.

Shri Modi has seen poverty very closely and that is what inspired him to come up with welfare schemes like Jan Dhan, Ujala, Ujjawala, Kisan Samman Nidhi, Saubhagya, PM Awas, Swatch Bharat Abhiyan, vocal for local, Gareeb Kalyan and many more schemes that uplift the standard of living of the poor. His direct benefit scheme has put a stop on corruption and abolished middlemen. For all these reasons, crores of Karyakartas of the party in particular and people in general love Modiji as an inspiration and guiding figure. So I will say the love and affection of Karyakartas to PM Shri Modi, his magnetic personality, welfare schemes and historic achievements are central inspiration behind the grand success of this abhiyan.
BJP National President constituted a team of senior leaders like BJP National General Secretaries Shri Kailash Vijayvargiya and Smt. D. Purandeswari, BJP National Secretary Shri Vinod Sonkar and BJP Kisan Morcha National President Shri Rajkumar Chahar as in-charge of this programme. This team in association with the BJP State leadership and lakhs of our Karyakartas worked under the dynamic leadership of BJP National President Shri JP Nadda to make this programme a grand success.

WHAT SERVICE WORKS WERE UNDERTAKEN BY PARTY KARYAKARTAS DURING THIS ABHIYAN?

Several programmes were organised during this 20 days phase. Our Karyakartas have organised more than 2000 Blood donation camps and in 45000 places across the country segregation work of harmful single use plastics were organised. Likewise, thousands of free health checkup camps, river and pond cleaning in thousand of places in all most all districts of the country, distribution of food, grocery & fruits at elderly homes, hospitals, slums etc. were organised.

Under the leadership of PM Shri Modi, Indian scientists produced two made in India Covid vaccines and the central government is giving free of cost vaccines to around 100 crore people in a record time. Therefore, as a token of love for their leader, lakhs of Karyakartas participated and helped the needy for vaccination during the abhiyan. With 2.5 crore vaccinations on Shri Modiji’s Birthday a world record was also created and our Karyakartas played a vital role in it.

The BJP Karyakartas have also done highly appreciable work for physically challenged people and donated thousands of artificial limbs and others supportive instruments to them.

In every phase of life, PM Shri Modi has contributed immensely to strengthen the nation. Therefore, exhibitions were also organised in various districts of the country and at the BJP central office in New Delhi depicting various stages of life and achievements of our Prime Minister. Lakhs of people visited these exhibitions and get motivations from it.

‘Seva’ & ‘Samarpan’ is the basic mantra for every BJP Karyakarta. So, with these Seva works our Karyakartas wished the best for Prime Minister and prayed for his good health and long life.

NOWADAYS, POLITICS MEANS AGITATION, PROTEST, DEMONSTRATION, JINDABAD AND MURDABAD. HOWEVER, BJP’S FOCUS IS MORE ON SEVA OR SERVICE OF MANKIND. WHAT IS THE IDEA BEHIND it?

There are three objectives in politics for any Karyakarta. First, organizational. To expand the party on the basis of party’s ideology is the main organizational objective for us. Secondly, work for the cause of the people, raise peoples’ issues and fight for their solutions. Third, constructive or service works for the society. To spread Government’s achievements and create public awareness among the people for the best utilization of schemes are part of this objective. However, unfortunately our opposition parties are moving forward not to solve the problems of the people but to solve their own problems.

For BJP ‘Sabka Saath, Sabka Vikas, Sabka Vishwas and Sabka Prayas’ is the mantra and our Karyakartas belief to foster all-round development and growth of India. When the opposition was in isolation during the crisis of Covid pandemic our Karyakartas were on the roads to help the needy. They faced problems but served the people during the pandemic because it is BJP’s culture. But the opposition parties like the Congress, SP, BSP and others have no faith in Seva or service of the people or society.

Therefore, agitation, protest, demonstration, jindabad and murdabad are main Mantra for opposition parties and Seva works like tree plantation, river/pond cleaning, blood camp, health camp, helping the poor and needy at the time of crisis, Swachhta Abhiyan, vocal for local, promotion of Khadi are part of our day to day programme. Father of the nation Mahatma Gandhi practiced all these in his lifetime and if anybody fulfilling the dreams of Gandhi and promoting these Seva works as peoples’ movement, it is PM Shri Narendra Modi.