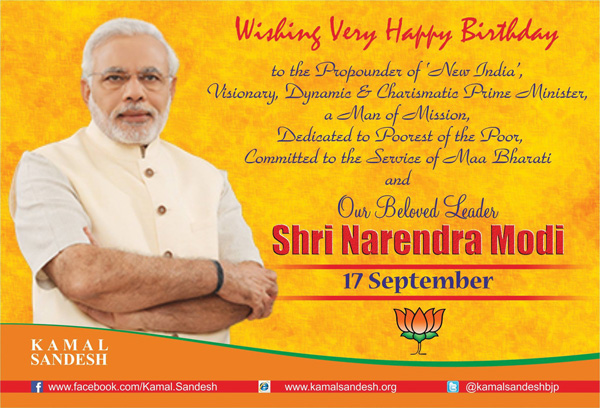 As Prime Minister Shri Narendra Modi turned 67 on September 17, 2017. The day was marked as Sewa Diwas or Day of service. On the day ministers and parliamentarians picked up brooms and cleaned the street throughout the country for promoting Prime Minister Shri Narendra Modi’s Swachh Bharat Abhiyan. BJP National President Shri Amit Shah tweeted on the occasion “Seva is the best way to celebrate the birthday of Pradhan Sewak Narendra Modi.” Across the country people greeted Prime Minister on social media. Tweeter was poured in with the birthday wishes of the prime minister.