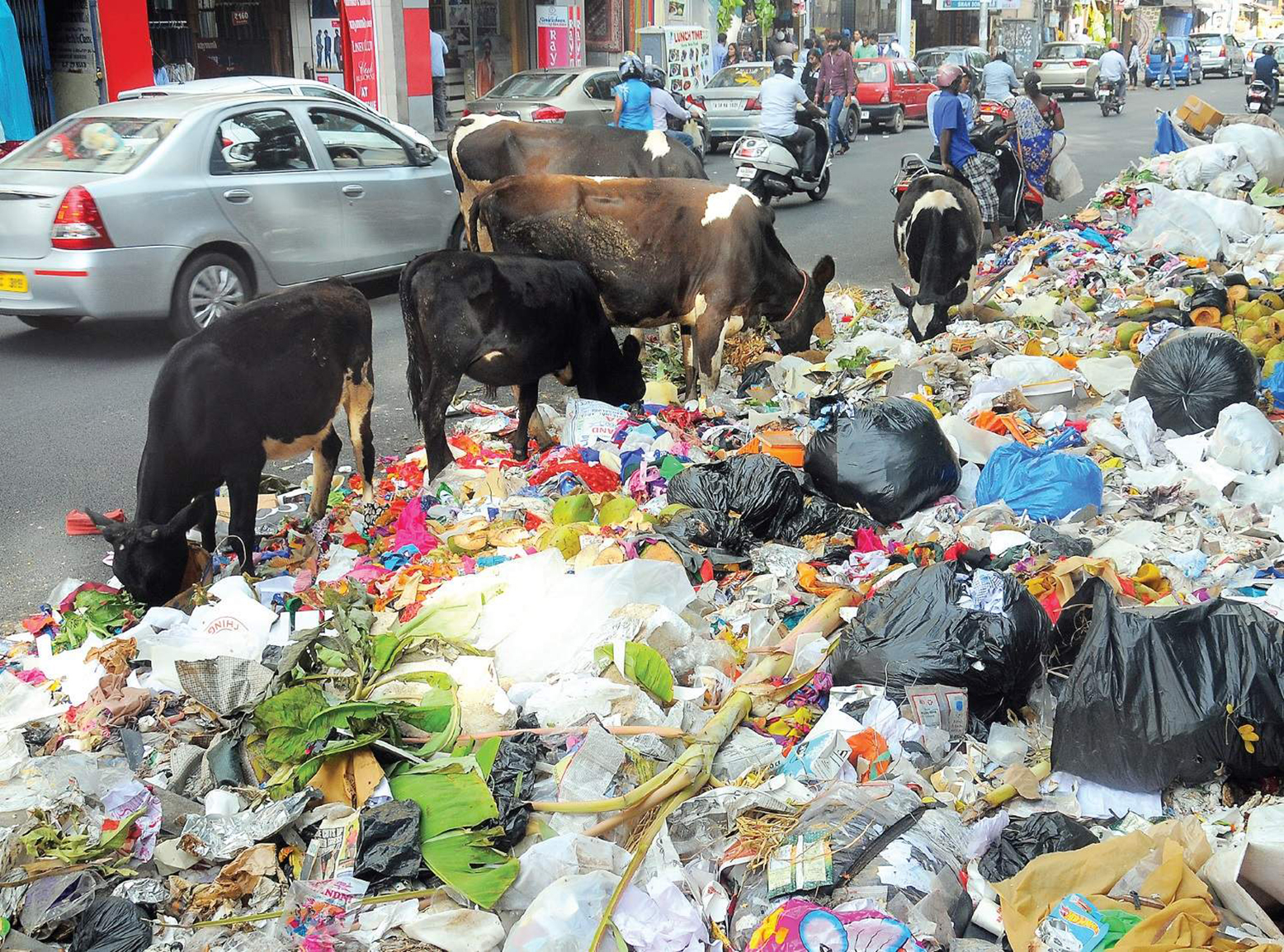 The impact and direct correlation of poor sanitation and lack of potable water on disease burden is not only high but preventable. Diarrhoeal diseases are the fifth most common cause of death in India across all age groups. Lack of potable safe water and good sanitation practices greatly reduce economic productivity and contribute to 5% of all Disability Adjusted Life Years – DALYs, equivalent to every Indian losing eight healthy days every year only due to poor water and sanitation. (Source: Fewtrell et al. 2007). Unsafe water and inadequate sanitation disproportionately impact the poor. This disease burden also affects mostly children, causing repeated illness, compromising their growth and development. It also affects women for whom the lack of access to safe sanitation facilities results in direct and indirect health consequences, including gender based violence.
UNICEF reports that around 564 million people, which is nearly half the population of India, defecate in the open. India accounts for 90 per cent of the people in South Asia and 59 per cent of the 1.1 billion people in the world, who practise open defecation. The adverse impacts that unsafe water and inadequate sanitation have on human health, and general well-being, require intersectoral action. The disease burden of poor sanitation has a direct consequence on health care facilities, by increased patient loads and overcrowding. Conversely, poor quality hygiene and lack of sanitation in the government health facilities result not only in poor health outcomes but also in communities choosing the private sector for healthcare, owing to perceptions of better quality, thereby resulting in high out-of-pocket expenses.
‘Clean water and sanitation- ensure availability and sustainable management of water and sanitation for all’ is one of the 17 Sustainable Development Goals as ratified in the UN Summit on September 25, 2015. One of the targets under the SDG 6 is ‘achieving access to adequate and equitable sanitation and hygiene for all and end open defecation, paying special attention to

the needs of women and girls and those in vulnerable situations by 2030’. This is an important determinant of health. Achievement of SDG 6 has a causal bearing on SDH 3 which is the health related goal.
The launch of the Swachh Bharat Mission on 2 October, 2014 by the Hon’ble Prime Minister could not have come at a more opportune time. The Mission with two sub-missions, the Swachh Bharat Mission (Gramin) and the Swachh Bharat Mission (Urban) is the vehicle to achieve the aim of Swachh Bharat by 2019, as a fitting tribute to the 150th birth anniversary of Mahatma Gandhi.In 2015, Ministry of Health and Family Welfare, as part of its contribution towards the Swachh Bharat Abhiyan, rolled out the Kayakalp Award scheme for central government hospitals and for public health facilities in States/UTs under the National Health Mission (NHM). It aimed at encouraging and incentivizing public health facilities in the country to demonstrate high levels of cleanliness, hygiene and infection control practices through a cycle of periodic assessments and certification. The Ministry of Drinking Water and Sanitation launched its ‘Total Swachhata Campaign’ encompassing safe drinking water, proper disposal of human excreta, environmental sanitation, personal and food hygiene, solid and liquid waste management activities and making gram panchayats/urban areas Open Defecation Free (ODF) through construction of toilets and behavioral change.
As a marked departure from existing efforts at inter-ministerial convergence, the Swachh-Swasth-Sarvatra has been launched as a joint initiative of the Ministry of Drinking Water and Sanitation, and Ministry of Health and Family Welfare on 29 December, 2016. This initiative envisages leveraging the synergy between implementation strategies of both ministries to achieve a common, shared vision. The three key components of Swachh-Swasth-Sarvatra are – support to Community Health Centres (CHC) under NHM in ODF Blocks to achieve Kayakalp certification; prioritising gram panchayat of Kayakalp award winning Primary Health Centre (PHC) to become ODF; and Water, Sanitation and Hygiene (WASH) training to be provided to CHC/PHC nominees. In those blocks, where, through efforts of the Ministry of Drinking Water and Sanitation and local community, open defecation has been eliminated, the Ministry of Health and Family Welfare will provide their CHC, a grant of Rs. 10 lakhs to ensure that the facility achieves high quality benchmarks of sanitation, hygiene and infection control with a minimum score of 70 under the Kayakalp assessment. Simultaneously, Ministry of Drinking Water and Sanitation will undertake ODF activities in the gram panchayat of PHCs that have been assessed as Kayakalp award winning facility.Ministry of Drinking Water & Sanitation will also provide WASH training to nominees of those CHCs and PHCs. In the first phase, during 2017-18, the CHCs located in over 700 blocks that have been declared ODF and Gram Panchayats/Nagar Panchayats within which the Kayakalp award winning PHCs (one in each district) are located will be covered in the initiative.The envisaged activities will culminate in a process of certification by the end of the financial year. Such CHCs and PHCs would be designated as Swachh Ratna CHC and Swachh Ratna PHC. Subsequently, the scheme would be progressively extended to additional blocks and public health facilities.
The Swachh-Swasth-Sarvatra initiative is a unique initiative in the sense that both ministries will embark on a twin strategy that will leverage the achievements and strength of each ministry and bring in a complementarity that will enable stakeholders to work together and become accountable for common goals. Better community behaviour and a clean public health facility are envisaged to complement each other by reducing the disease burden related to sanitation deficit and water borne diseases.
(The writer is Union Minister of Health and Family Welfare, GoI)